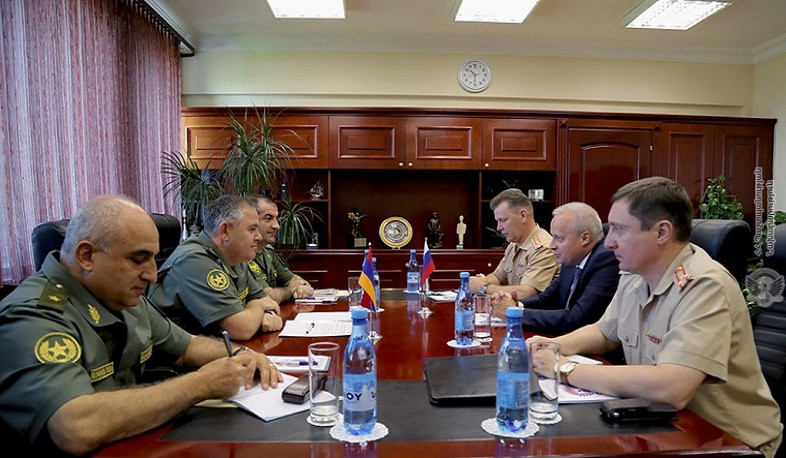 On August 03, Chief of the General Staff of the Armed Forces of Armenia, Lieutenant General Artak Davtyan received Ambassador Extraordinary and Plenipotentiary of the Russian Federation to Armenia Sergey Kopyrkin, the Ministry of Defense of Armenia reports.

The meeting was held on the occasion of the end of the military-diplomatic mission of the defense attaché of the Embassy of the Russian Federation in Armenia and the appointment of the new attaché.

During the meeting, the interlocutors discussed military cooperation issues and presented the issues related to regional security.