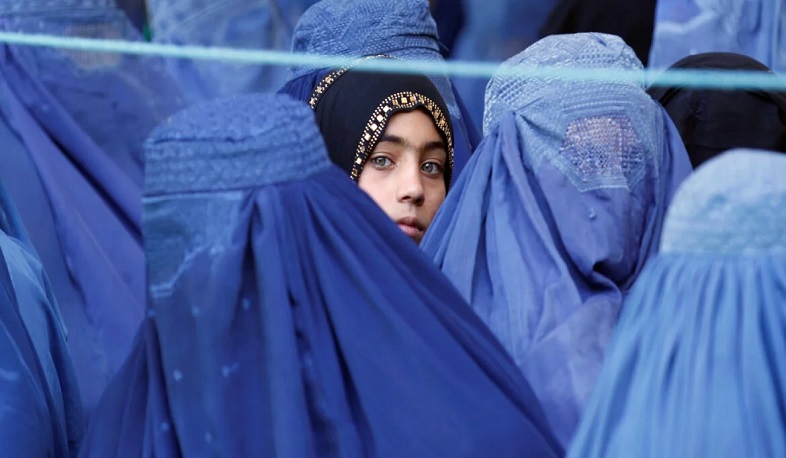 Terror reins in territories of Afghanistan that the Taliban have brought under their control as they distribute leaflets re-introducing dark Islamist customs designed to denigrate women, Greek City Times reports.

The content of the leaflets is the same as those the Taliban imposed on Afghans when they last usurped power in 1996. Taliban restrictions are evoking a sense of both déjà vu and fear among the locals.

The primary restriction is about ordering women not to leave their houses without a male companion, and after covering themselves with a burqa from head to foot. They have also come up with new dowry regulations for girls.

Some Taliban are ordering girls aged 15 and above to be provided to them as wives. A few other groups are forcing girls and women from watching television or using cell phones.

A report from the country’s north-western province of Faryab says the Islamist militants set fire to a girls’ school at night, burning down the building and the library along with it.

They shot at people who tried to put out the fire.

For males, the Taliban decree asks them not to shave or trim their beards. Salons are being asked to close down in the districts where the Taliban currently hold sway.

Playing of music is being banned. A measure of the Taliban influence can also be gauged by the fact that local radio stations are being forced to broadcast Islamist chants, called “Taliban Tarani”, along with messages critical of the Afghan government.

When the Taliban were negotiating a peace agreement in Doha with the United States early last year, they had promised to change their policies and not stick to regressive Islamist principles.

Whereas, after the withdrawal of the Americans, the Taliban not only took control of more and more territories by force, but also do not keep their promises, spreading fear everywhere.