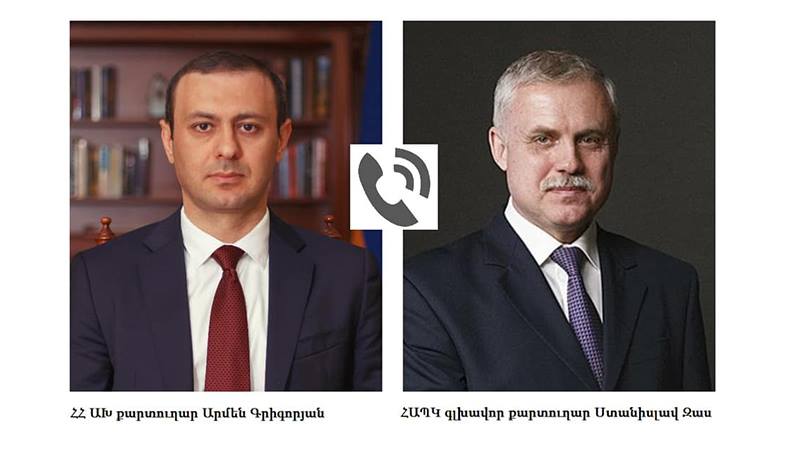 At the outset, Secretary-General Zas congratulated Grigoryan on the successful organizing and holding of the snap parliamentary elections held on June 20.

As reported the Office of the Security Council of Armenia, Secretary Armen Grigoryan expressed his concern about certain statements and evaluations that the CSTO Secretary-General made and gave on July 3. He expressed certainty that the current situation (on the Armenia-Azerbaijan border) cannot be labeled as an incident since the servicemen of Azerbaijan haven’t been leaving the sovereign territory of the Republic of Armenia for a long time now.

Taking into account the fact that the actions of the Azerbaijani side are a blatant attempt of seizure of a part of the sovereign territory of the Republic of Armenia, once again, Grigoryan stressed that CSTO needs to show restraint in terms of the formulations that are made at the level of the Secretariat in order to not deal a blow to the constructive efforts targeted at a settlement of the situation.

At the end of the conversation, Grigoryan emphasized that it would be appropriate to organize the visit of the Secretariat of the CSTO to the Armenia-Azerbaijan border in order for the Secretariat to become familiar with the situation on the spot.