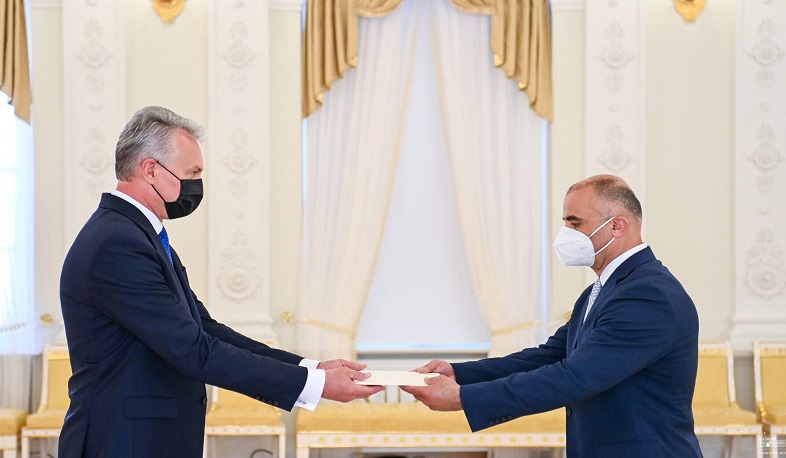 Ambassador Martirosyan thanks Lithuanian President for support to Armenia during war

During the meeting, the Lithuanian President congratulated the Ambassador on appointment, wishing success to his important mission. He also congratulated over the holding of the snap parliamentary elections in Armenia on June 20, expressing hope that they will contribute to mitigation of domestic political tension in the country.

Touching upon the history of the Armenian-Lithuanian relations, the President said the political dialogue is at a high level, stating that in 1991 Lithuania was the first to recognize Armenia’s independence.

The meeting also discussed Lithuania’s key role in the development of the Armenia-EU relations.

In his turn, the Armenian Ambassador thanked the Lithuanian President for the welcome, stating that Armenia is deeply interested in further intensifying the cooperation with Lithuania in all directions of mutual interest.

The meeting also touched upon the situation after the 2020 November 10 trilateral statement on the ceasefire in Nagorno-Karabakh. Ambassador Martirosyan thanked Lithuania for the assistance provided to the Armenian side during the war.

In the context of the Nagorno-Karabakh conflict’s lasting and stable settlements, they both highlighted the key role of the OSCE Minsk Group Co-Chairmanship.