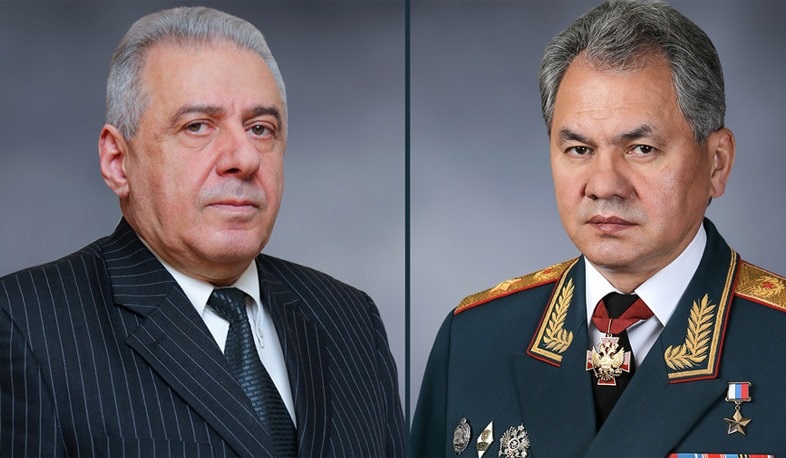 As reported the Armenian Ministry of Defense, the Russian defense minister congratulated Harutyunyan on the snap parliamentary elections held in Armenia and the ruling party’s victory. Harutyunyan and Shoygu discussed the situation in sectors of the Armenian-Azerbaijani border (Gegharkunik and Syunik Provinces) and the paths to solve the situation.

The interlocutors also expressed satisfaction with the dynamic development of the Armenian-Russian cooperation in the defense sector and stressed the importance of full implementation of the earmarked programs in a timely manner.