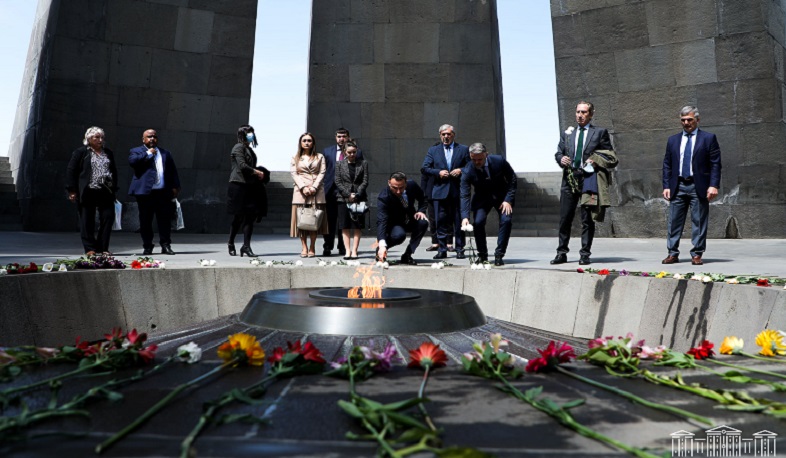 On May 11, the delegation of the Parliamentary Assembly of the International Organization of La Francophonie visited the Tsitsernakaberd Armenian Genocide Memorial in Yerevan during their visit to Armenia.

The delegates laid flowers at the Eternal Flame in honor of the victims of the Genocide. They silently honored the memory of the Holy Martyrs.

The guests toured the Armenian Genocide Museum-Institute. They got acquainted with the documents certifying the catastrophe of the 20-th century.