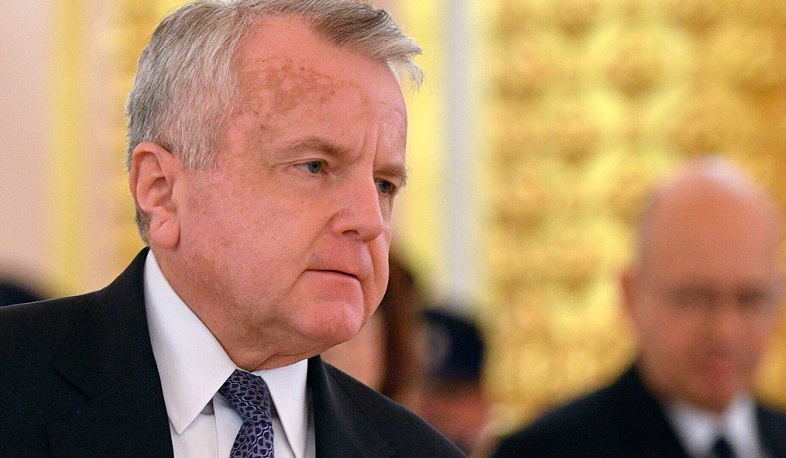 US ambassador refused then agreed to leave Russia

Washington’s envoy in Moscow John Sullivan said he would travel to the United States this week for consultations, after the Kremlin suggested that he do so amid a diplomatic crisis between the two countries, the RIA news agency reported on Tuesday.

It quoted Sullivan as saying he was planning to return to Russia within a few weeks, before a possible summit between U.S. President Joe Biden and his Russian counterpart Vladimir Putin.

Earlier Interfax reported that US Ambassador to Russia John Sullivan refused to leave the country, despite the relevant ‘advice’ from Moscow.

Sullivan was reportedly summoned to meet with Russian presidential aide Yuri Ushakov, who offered to return to Washington for consultations with US President Joe Biden’s officials.

It came amid a move by Russia in response to Washington’s sanctions, including the expulsion of ten American diplomats from Russia. Sullivan was not among them; however, he was advised to travel to Washington for consultations.