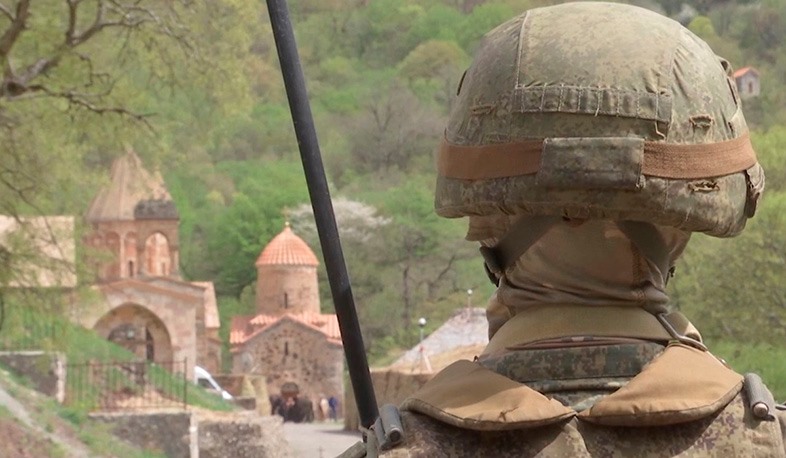 The sapper groups of the humanitarian demining company of the Russian peacekeeping contingent continue to clear the territory of Nagorno-Karabakh from mines and explosive objects.

Currently the Russian sappers carried out the EDs search at the outskirts of the settlement Karmir Shuka. The farmland territories, which were previously cultivated by the local residents were under heavy artillery shelling during the conflict.

The humanitarian demining unit servicemen of the Russian peacekeeping contingent conducted a continuous cleaning of about five hectares of farmland. Thanks to the work done, local farmers can resume the cultivation of the land and take care of mulberry plantation.

In total, since November 23, 2020, the military personnel of the humanitarian demining unit of the Russian peacekeeping contingent have cleared 2012 hectares of territory, 620 kilometers of roads, checked 1716 houses and buildings, including 30 socially significant objects, and found and neutralized 25580 explosive objects.

In addition to providing assistance in clearing the area of explosive objects, Russian peacekeepers yesterday organized the escort of more than 50 pilgrims to the monasteries of Amaras and Dadivank, located in the immediate vicinity of the line of demarcation of the parties in Nagorno-Karabakh.

The Dadivank monastery is one of the oldest Christian monasteries and is located on the territory of the Kelbajar district, which, in accordance with the trilateral statement, came under the control of Azerbaijan in November 2020.