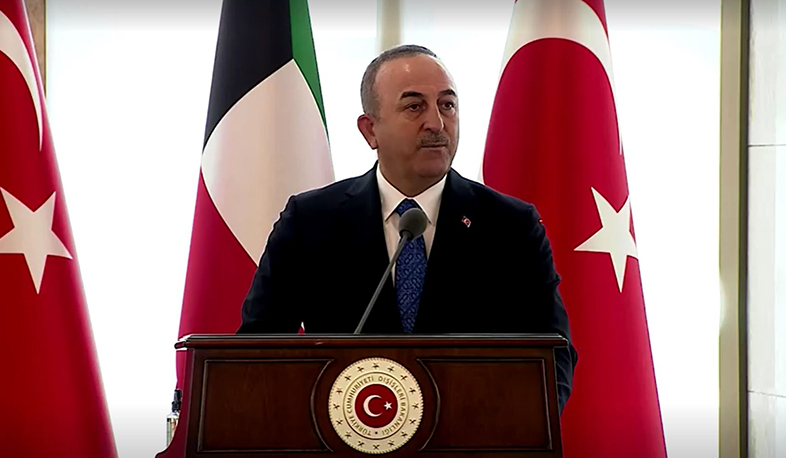 Reuters- Turkish Foreign Minister Mevlut Cavusoglu said on Thursday (April 8) that the seating arrangement during a visit by the European Union's chiefs to Ankara this week, which left the European Commission's head standing, was arranged in line with demands from the bloc.
Ursula von der Leyen was taken aback when European Council President Charles Michel took the only chair available next to President Tayyip Erdogan at his presidential palace on Tuesday (April 6), prompting backlash against Ankara over protocol and Michel for not defending his fellow EU executive.
Footage from the meeting showed the first female head of the EU executive, the only woman in the talks, uttering a surprised sigh and gesturing in disbelief as Erdogan Michel took the two centre-stage seats prepared, relegating her to an adjacent sofa across from Cavusoglu.
Speaking at a news conference in Ankara, Cavusoglu said the seating arrangement was in line with international protocol and that Turkey was being subject to "unjust accusations".
In the past, three chairs were provided when Erdogan visited Brussels for talks with the heads of the European Commission and the European Council, which collectively represents the EU's 27 member states.
Ties between Brussels and Ankara have been strained since a failed coup in 2016 prompted a crackdown in Turkey that has led to the arrests of thousands. A maritime row between Turkey and Greece stoked tensions last year and the EU threatened sanctions on Ankara, but they are now testing a cautious rapprochement.
Views 10