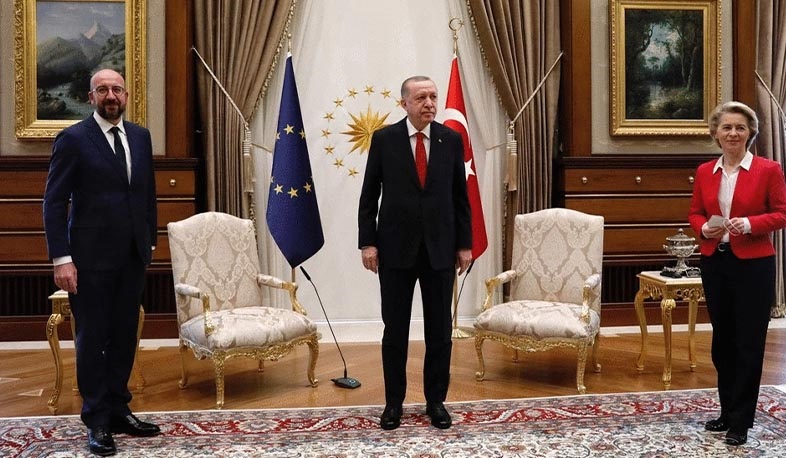 European Commission President Ursula von der Leyen was left without a chair during talks with Turkish President Recep Tayyip Erdogan, The Washington Post reports.
European Council President Charles Michel was given an armchair next to Erdogan, and von der Leyen was forced to sit on a sofa. According to the diplomatic protocol, during such meetings translators and second persons participating in the meeting are meant to sit on sofas.
On April 6, the media reported on another violation of the diplomatic protocol by the Ukrainian delegation visiting Qatar. During a reception hosted by the Qatari leadership, Andrei Yermak, head of the office of Ukrainian President Volodimir Zelensky, and Foreign Minister Dmitry Kuleba were sitting with their legs crossed and showed off the their shoe soles. In Arab countries, it is an insult. In addition, the clothes of the woman included in the delegation were above the knee, which is again unacceptable in the region.
Views 189