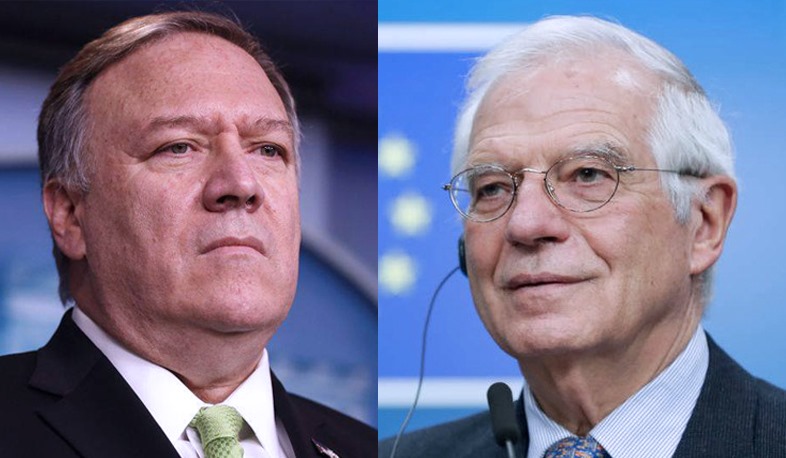 The EU High Representative for Foreign Affairs and Security Policy Josep Borrell and US Secretary of State Mike Pompeo had a telephone conversation, during which they called on foreign forces to refrain from actions in the Nagorno-Karabakh conflict zone.

Borrell and Pompeo stressed the need for an immediate end to the violence and respect the ceasefire, and called on the parties to engage immediately in substantive talks under the auspices of the OSCE Minsk Group Co-Chairs.