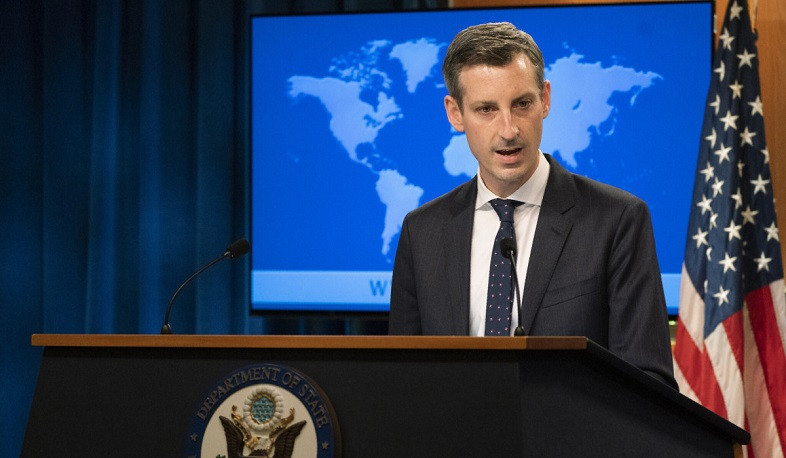 Foreign ministers of Armenia and Azerbaijan agreed to expedite their negotiations, to organize another meeting in coming weeks: Price

The United States has been very much engaged with the parties to help bring about a peaceful future for the South Caucasus region. The official representative of the US State Department, Ned Price, stated this during the briefing.

He did not comment on whether US President Joe Biden and French President Emmanuel Macron addressed the negotiation process between Armenia and Azerbaijan at the meeting held at the White House yesterday.

“We’ve held – we’ve convened now two trilateral meetings between Armenia and Azerbaijan – Secretary Blinken has. He’s continued to be in telephonic communication with the parties as well. When they were last together, the foreign ministers agreed to expedite their negotiations, to organize another meeting in the coming weeks.