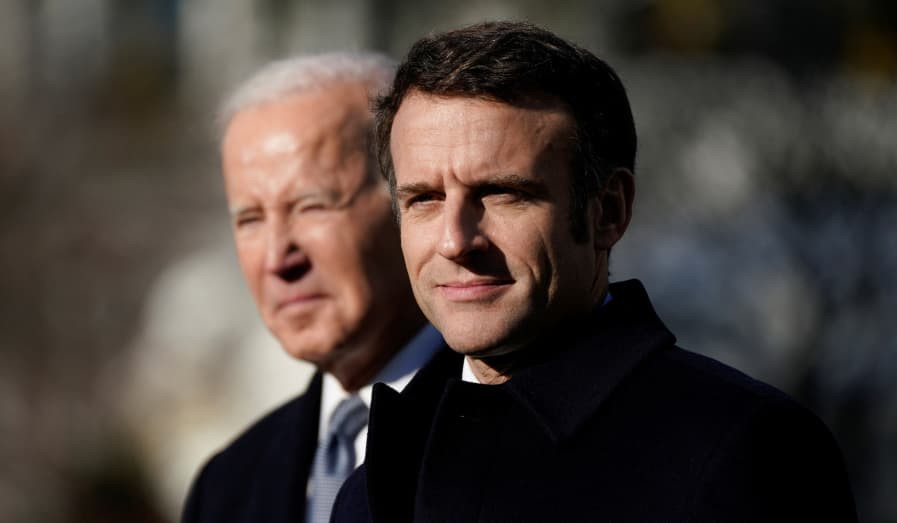 U.S. President Joe Biden welcomed French President Emmanuel Macron to the White House on Thursday (December 1) to celebrate more than 200 years of U.S.-French relations but simmering in the background was a dispute over new American subsidies for U.S.-made products that has riled Europe, Reuters reports.

Biden is hosting Macron at the first state visit since the U.S. leader took office in early 2021. Biden and his wife Jill greeted Macron and his wife Brigitte with hugs, kisses and broad smiles.

The two couples, who dined together informally on Wednesday, took part in a South Lawn ceremony that featured a military honor guard, a red-jacketed colonial band with the Fife and Drum Corps and national anthems.

Macron said the two nations needed to become brothers in arms once again in the wake of Russia's invasion of Ukraine and partner to protect democracies on both sides of the ocean.

Biden, 80, and Macron, 44, have had many meetings at international gatherings but this will be the most amount of time they have spent together. A glittering state dinner was planned, with 200 Maine lobsters flown in for the occasion.