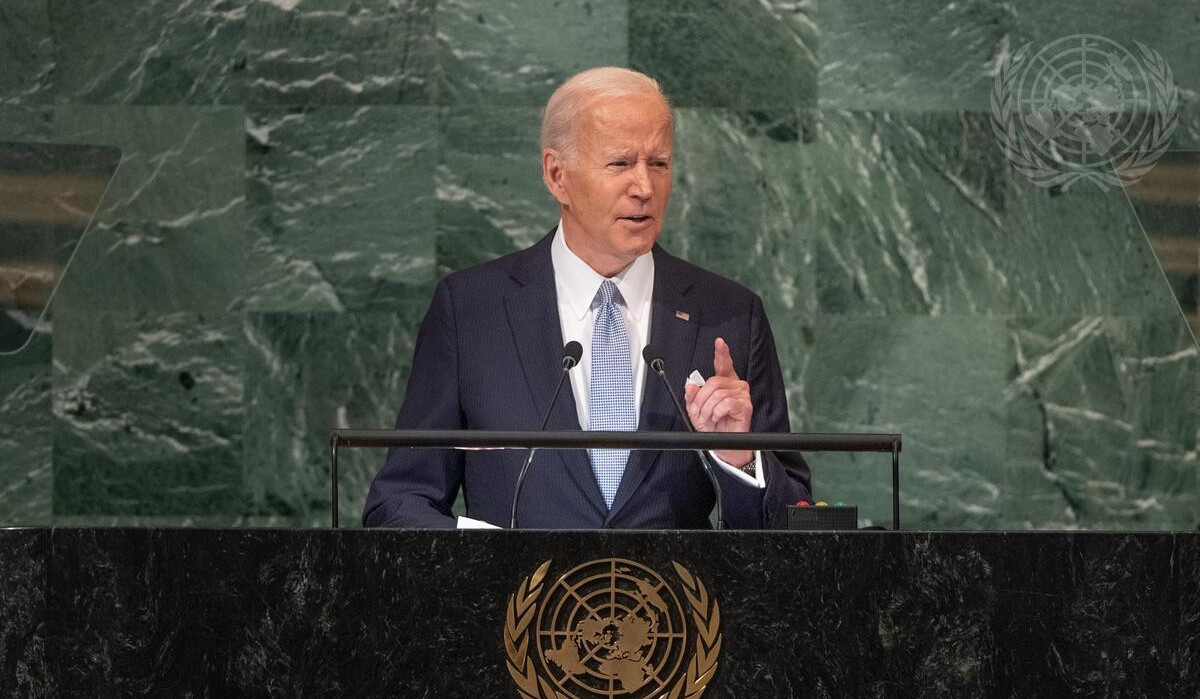 US supports increasing the number of permanent and non-permanent representatives of the UNSC: Biden

The key topic of US President Joe Biden's speech at the 77th session of the UN General Assembly was the situation in Ukraine. The US president stressed that Washington is working with allies to prevent a possible Russian attack on NATO territory.
"A nuclear war cannot be won and must never be fought," Biden stressed.
The head of the White House also addressed other issues: climate change, food crisis, human rights violations. He noted that Washington is in favor of increasing the number of both permanent and temporary members of the UN Security Council.
"That is also why the United States supports increasing the number of both permanent and non-permanent representatives of the Council.  This includes permanent seats for those nations we’ve long supported and permanent seats for countries in Africa, Latin America, and the Caribbean", the American leader added.
Biden also referred to Beijing-Washington relations, assured that the American authorities do not want a conflict or "cold war" with China, but will continue the policy of creating a safe and prosperous world.
"We remain committed to our One China policy, which has helped prevent conflict for four decades.  And we continue to oppose unilateral changes in the status quo by either side", Biden said.
Speaking about the developments on Iran's nuclear program, Biden emphasized that Washington wants to return to the Joint Comprehensive Plan of Action, but will never allow Iran to acquire nuclear weapons.
At the end of the speech, Joe Biden called for cooperation and resolving all conflicts peacefully.
https://www.whitehouse.gov/briefing-room/speeches-remarks/2022/09/21/remarks-by-president-biden-before-the-77th-session-of-the-united-nations-general-assembly/
Views 119