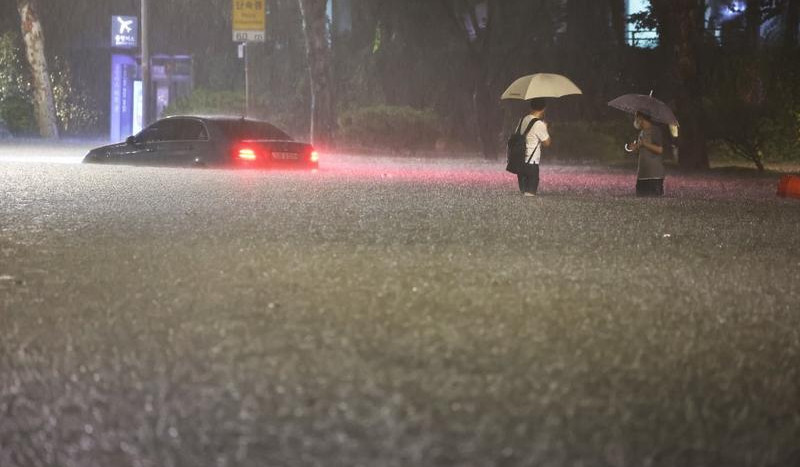 Flooding in some buildings around the glitzy Gangnam district continued on Tuesday, while subway stations and several roads there were blocked.

More rain was expected for Wednesday, but the Korea Meteorological Administration (KMA) predicted that the rainfall would gradually subside.