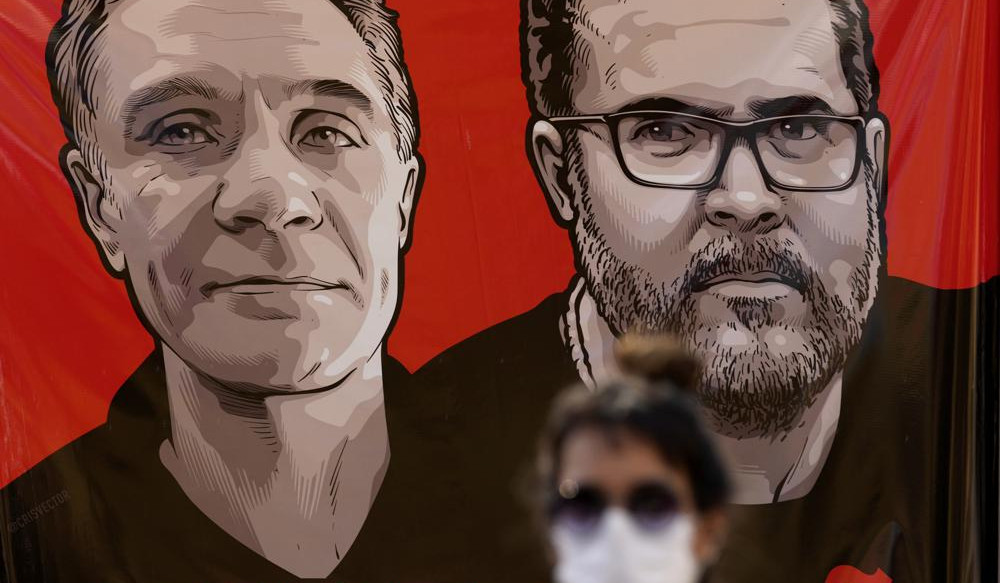 A fisherman confessed to killing a British journalist and an Indigenous expert in Brazil’s remote Amazon and took police to a site where human remains were recovered, a federal investigator said, closing out 10 days of suspense as teams searched for the missing pair.
Authorities said Wednesday night without giving any details that they expected more arrests would be made soon in the case of freelance reporter Dom Phillips and Bruno Pereira of Brazil, who disappeared June 5.
At a news conference in the Amazon city of Manaus, a federal police investigator said the man who had been the prime suspect confessed Tuesday night and detailed what happened to Phillips and Pereira. Investigator Eduardo Alexandre Fontes said Amarildo da Costa de Oliveira, 41, nicknamed Pelado, told officers he used a firearm to kill the men.
Views 8