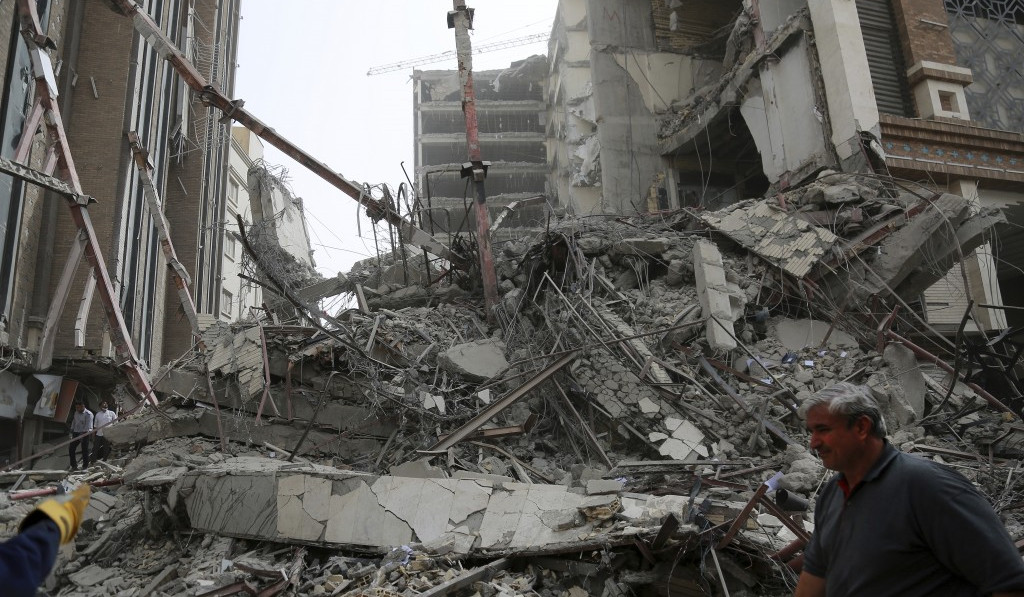 The death toll from the collapse of a commercial building still under construction in southwestern Iran reached 10 on Tuesday, after more bodies were retrieved from the rubble in the city of Abadan, Iranian media reported.

Dozens were trapped when the 10-story Metropol building toppled on Monday, burying shops and even some cars in the surrounding streets. Initially, five were reported killed but the death toll doubled a day later. At least 39 people were injured, most of them lightly.

State TV said rescue efforts were still underway Tuesday and that dozens had been pulled to safety. An investigation was launched as to why the building on Amir Kabir Street collapsed during a sandstorm.

The owner of the building as well as the project manager of the construction company that built it were arrested Monday. On Tuesday, state TV said six more people had been arrested, linked to the building’s construction or from the local authorities. The semiofficial Tasnim news agency said a total of 10 people were arrested, including the city’s mayor, Hossein Hamidpour.