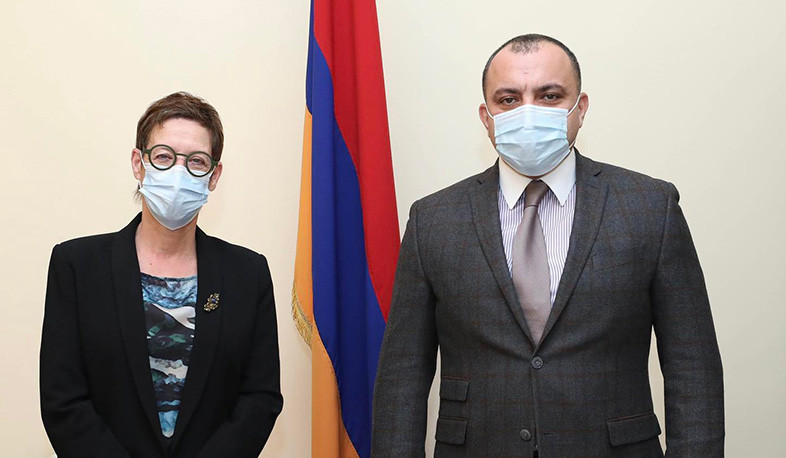 As reported the Constitutional Court, at the outset of the meeting, Dilanyan congratulated the Ambassador on her appointment and expressed hope that her term of office would help bring a new sweep to the dialogue of the courts and of both countries and in terms of law.

Ambassador Louyot assured that she will make the necessary efforts to enhance the relations and cooperation of the two countries’ constitutional justice bodies. At her request, Dilanyan presented the functions of the Constitutional Court and its role in the public administration system of Armenia.