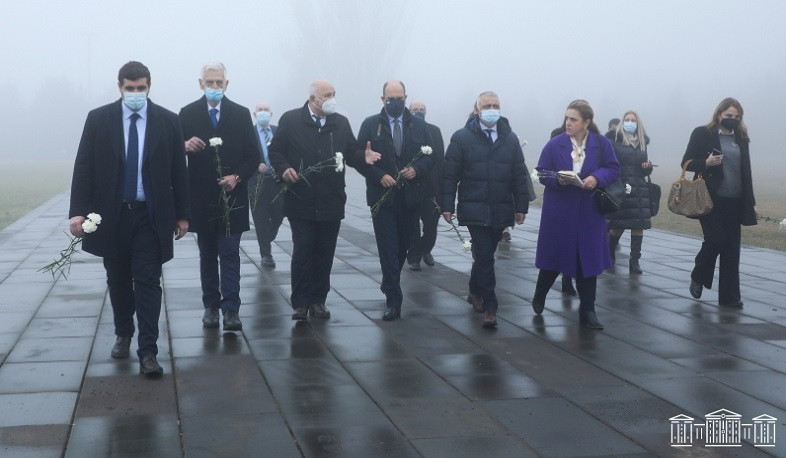 On November 30, the Chair of the Greek-Armenian Friendship Group of Hellenic Parliament Dimitrios Markopoulos and the members of the delegation led by him accompanied by the Chair of the NA Standing Committee on European Integration Arman Yeghoyan visited Tsitsernakaberd Memorial Complex.

Dimitrios Markopoulos and the members of the delegation laid flowers at the eternal fire and honoured in silence the memory of the Armenian Genocide martyrs.

Afterwards the guests have got acquainted with the history of the creation of the Memorial Complex. They have also introduced the history of three cross stones installed on Tsitsernakaberd territory, which are dedicated to the memory of the Armenians fallen because of ethnic cleansing taken place towards the Armenian population on the territory of Azerbaijan at the end of the 20th century.

The representatives of Hellenic Parliament have been at the Armenian Genocide Museum and got familiarized with the exhibits.

At the end of the visit the Head of Delegation Dimitrios Markopoulos has left a note in the Book of Honourable Guests, noting that we remember and we’ll not forget.