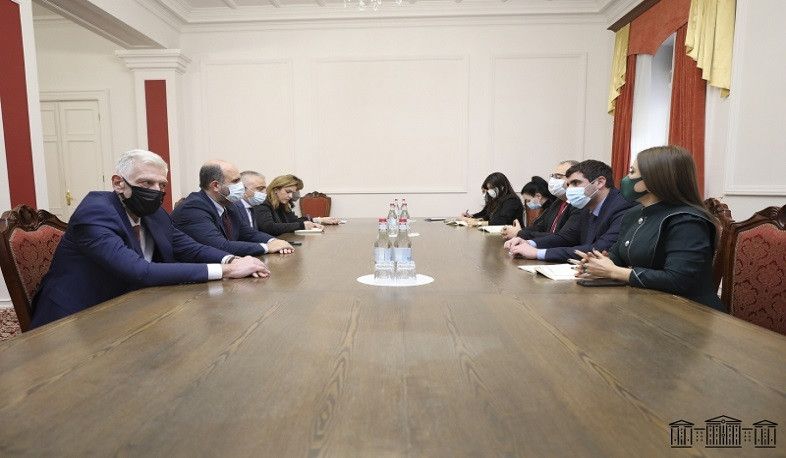 The members of the Armenia-Greece Parliamentary Friendship Group Vladimir Vardanyan, Arusyak Julhakyan and Chairman of the Standing Committee of the National Assembly on European Integration Arman Yeghoyan on November 29 met with the Chairman of the Greece-Armenia Friendship Group of the Greek Parliament Dimitrios Markopoulos and the members of the delegation headed by him.

Arman Yeghoyan assessed the implementation of the EU-funded Twinning Program "Strengthening of Capacity of the National Assembly of the Republic of Armenia to Further Support the Comprehensive and Enhanced Partnership Agreement’s Oversight and Implementation ", which was entrusted to the Greek and Italian parliaments. The chairman of the committee noted that this program is being implemented for the first time for the National Assembly and has a great role in developing the capacity of the parliament. The parties expressed confidence that through the implementation of the program, the ties between the two parliaments will be further strengthened.

The interlocutors praised the implementation of the oversight and representational functions of the parliaments. The legislators also spoke about the centuries-old friendship and common challenges of the Armenian and Greek peoples.

The post-war situation was touched upon, and the establishment of security and stability in the region was highlighted.

The MPs also stressed the need to develop cooperation in the spheres of economy and tourism.