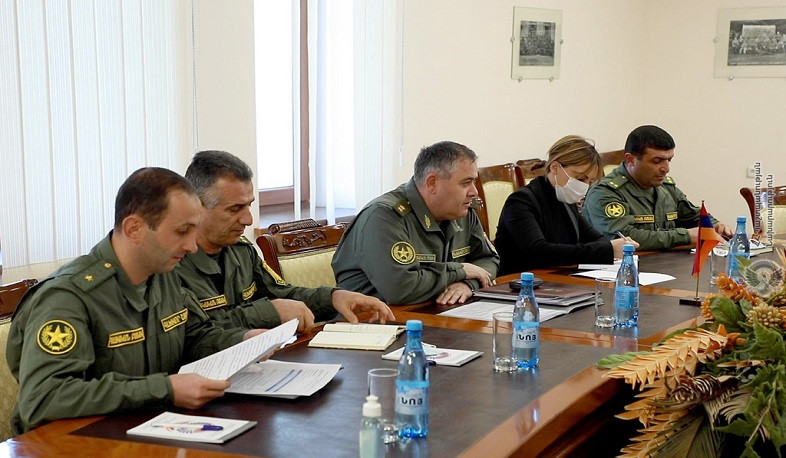 On October 18, Chief of the General Staff of the Armed Forces of Armenia, Lieutenant General Artak Davtyan received Thierry Ribo, Head of the International Committee of the Red Cross Delegation to Armenia.

During the meeting the parties highly assessed the cooperation of the Armenian Armed Forces with the International Committee of the Red Cross in Armenia, outlined the further steps aimed at increasing the efficiency of cooperation, discussed the forthcoming joint programs and new directions of cooperation.

Special attention was paid to the issues of organizing trainings on international humanitarian law in the Armed Forces of Armenia, implementation of scientific-methodological exercises, deadlines were set.

Lieutenant General Artak Davtyan highlighted the role of the ICRC in revealing the fate of missing servicemen, POWs and civilian hostages during the 44-day war of 2020. Thierry Ribo noted that the delegation is doing its utmost to resolve the issue.