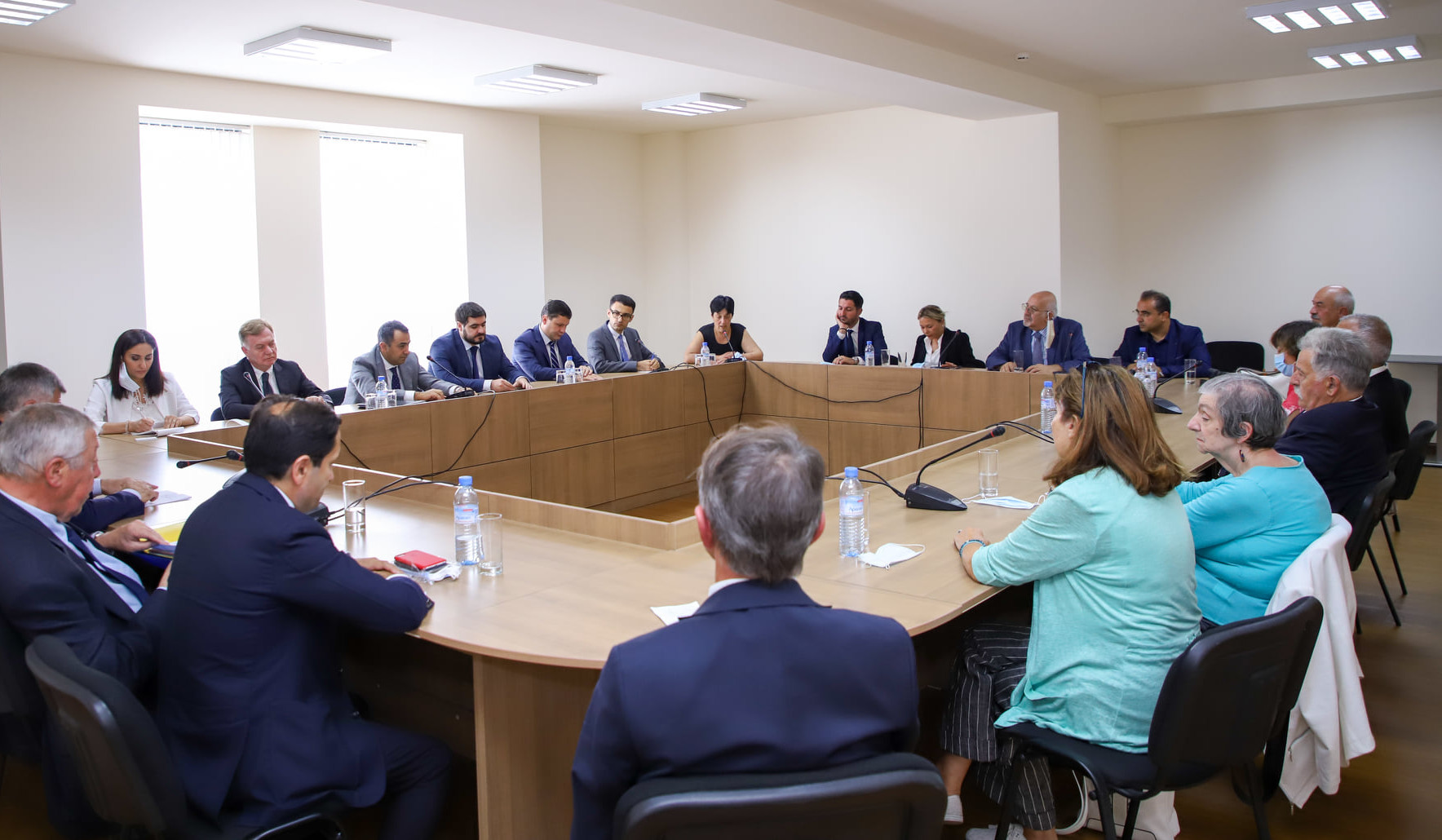 Issues of regional security and peace were touched upon during the meeting. In this context, Vahe Gevorgyan drew the attention of the members of the delegation to the humanitarian situation created by the 44-day war, emphasizing the need for immediate and unconditional repatriation of Armenian prisoners of war (POWs) and civilians held in Azerbaijan, and the socio-economic problems facing the Armenians of Artsakh.

Vahe Gevorgyan briefed the guests on the situation created by the Azerbaijani Armed Forces' infiltration into the sovereign territory of the Republic of Armenia, as well as he stressed the need for a comprehensive settlement of the Nagorno-Karabakh conflict under the auspices of the OSCE Minsk Group.