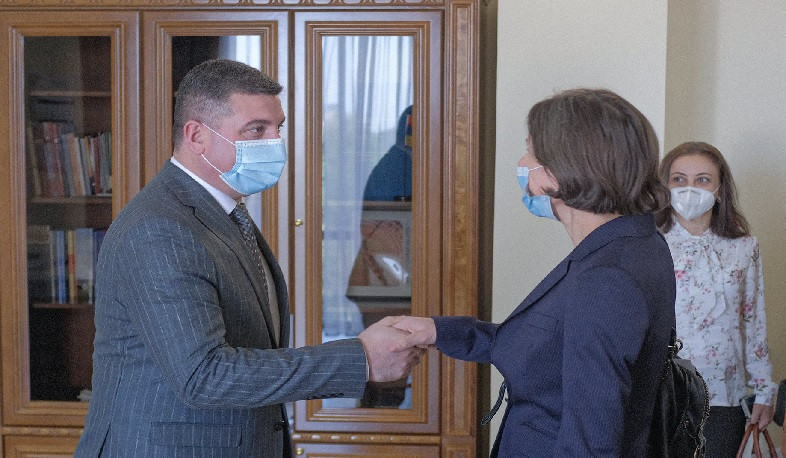 Armenia’s Minister of Territorial Administration and Infrastructure Gnel Sanosyan received today the delegation of the Yerevan Office of the Council of Europe.

Welcoming the guests, the Minister praised the current cooperation between the Yerevan Office of the Council of Europe and expressed a desire to deepen it in the near future.

The Minister, in his turn, used the partnership and support of the Council of Europe in the forthcoming reform process. The Minister emphasized that the 12 principles of good governance continue to be successfully implemented in the already enlarged communities, which will continue to be introduced in the communities to be enlarged in the near future. The Minister noted that at this stage of enlargement, special attention was paid to the communities inhabited by national minorities, and that as a result of the enlargement, at least 6 of the 77 communities will be inhabited by national minorities.

The Minister informed that they have already applied to the Council of Europe with a request to carry out an observation mission during the upcoming local elections.

At the end of the conversation, an agreement was reached to meet again in the near future to discuss the existing programs in more detail.