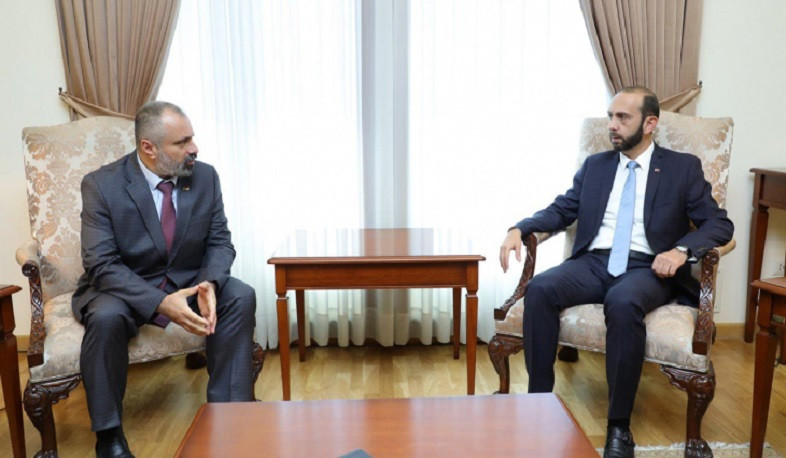 Issues related to the cooperation of the two Armenian states in the field of foreign policy, regional processes and the settlement of the Azerbaijani-Karabakh conflict were discussed.

The sides noted the importance of continuous expansion and intensification of cooperation, maintenance of a high level of cooperation between the Foreign Ministries of the two Armenian states, and organization of regular discussions on various issues.

The interlocutors exchanged views on the situation in Artsakh after the Azerbaijani-Turkish aggression and the work being done on the spot to address humanitarian issues. In this context, the Foreign Ministers especially emphasized the urgent repatriation of Armenian prisoners of war, civilians, and without preconditions, as well as the creation of necessary conditions for the restoration of the rights of the Artsakh people, especially the displaced Artsakh Armenians, and their comprehensive security.

Touching upon the Nagorno-Karabakh issue, the Foreign Ministers of Armenia and Artsakh stressed the need to resume the process of peaceful settlement of the Nagorno-Karabakh conflict within the framework of the OSCE Minsk Group co-chairing and a comprehensive and local solution.

Ararat Mirzoyan and Davit Babayan once again stressed the inadmissibility of provocations by the Azerbaijani armed forces on the line of contact with the Artsakh Defense Army against the sovereign territory of Armenia, which undermines the efforts aimed at regional security and stability.