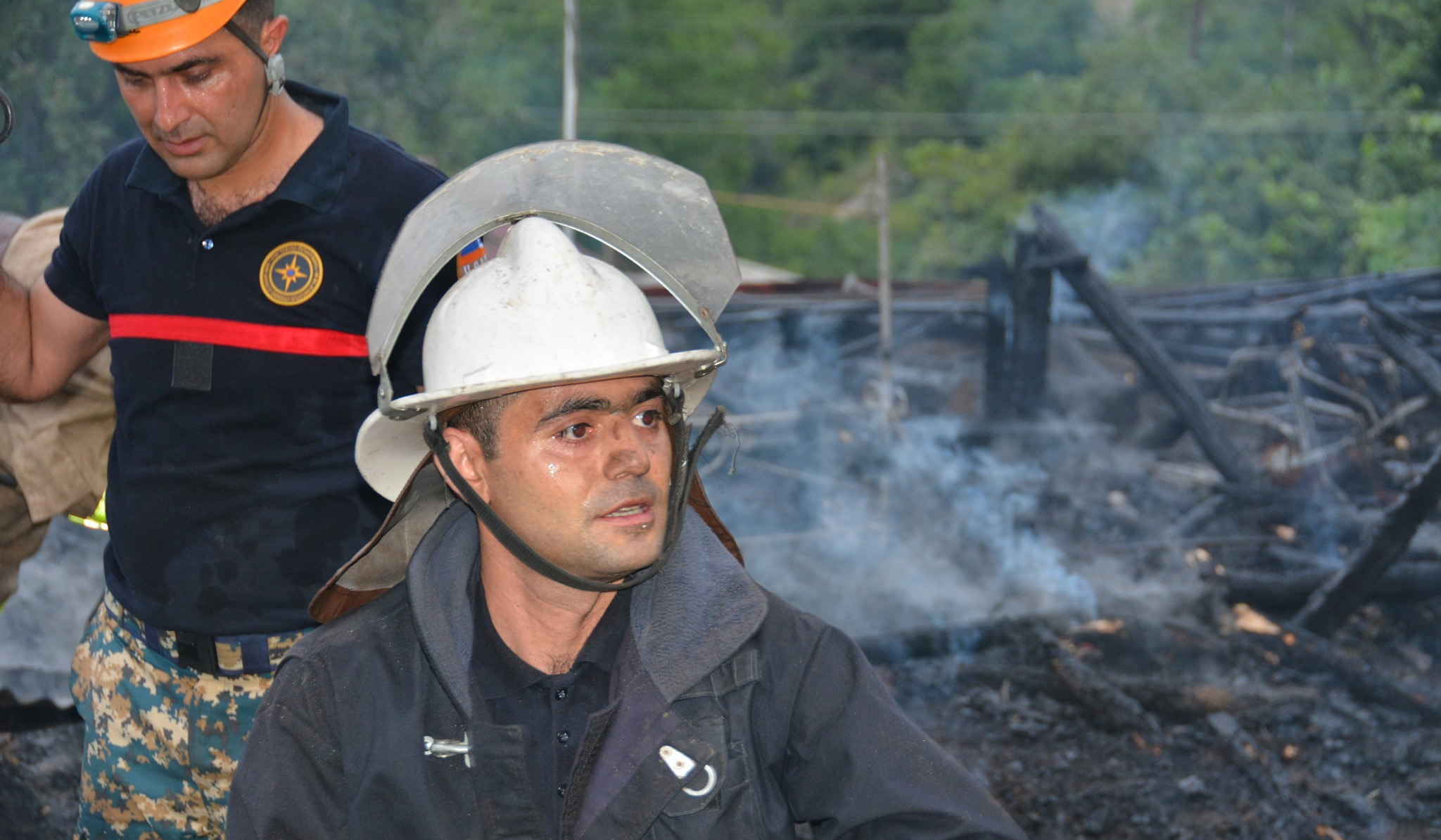 The central-territorial subdivisions of the State Service of Emergency Situations of the Ministry of Internal Affairs of the Republic of Artsakh (Nagorno-Karabakh) carried out an intensified service in the whole territory of the republic last week.

From August 2-8, 2021, 939 calls were registered at the 911 call center of the service, 28 of which were about fires. In the fire danger zone, all the guards of the fire and rescue unit work in an intensified mode. Most of the fires, about 24 calls, broke out in dry grassy areas, one in transport. One residential house burned down in Maghavuz community of Martakert region, 2 cases of fire broke out in a garbage dump.

During the week, sapper detachments carried out engineering research in all settlements of the republic and adjacent forest areas. Three explosives, 2 grenade launchers, 16 cluster bombs, 1 cannon and 1 aviation bomb were found and neutralized.

During seven days, 25 domestic calls and 32 social accidents were registered. Rescuers went to the scene with all the alarms to help the population.

During the week, the operative duty units of the special unit of the Rapid Reaction Department of the Rescue Forces carried out search operations for the killed servicemen and civilians in the settlements under the control of Azerbaijan. A total of 1631 bodies have been evacuated since the ceasefire.

The search continues today in the Jrakan (Jabrayil) region.