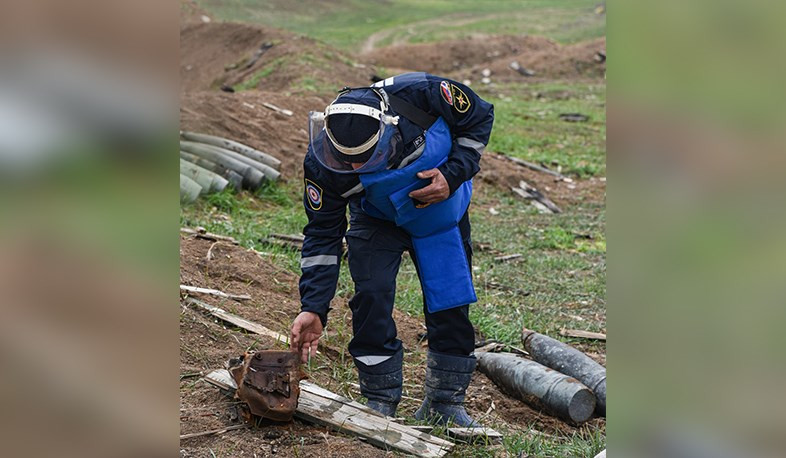 In the period of July 26-31, 2021, 894 calls were registered in the 911 call center of the State Service of Emergency Situation of the Ministry of Internal Affairs of the Republic of Artsakh (Nagorno-Karabakh).

During the week, the service responded to all the calls within its powers, as a result of which the operative situation in the Artsakh Republic was monitored.

A total of 19 calls were registered about the fire, only 11 of which broke out in dry grassy areas and landfills near the residential districts of Stepanakert. One case was registered in one of the residential houses of Getavan community of Martakert region. There were no victims.

One call about a traffic accident was registered in Martuni region. One citizen was injured. Rescuers and doctors took him to a medical facility. His health condition is satisfactory.

During the week, the sappers of the State Service of Emergency Situations carried out engineering research in Askeran, Martuni and Martakert regions. The found ammunition was neutralized on the spot. Within seven days, 60 life-threatening cluster munitions, 3 artillery shells, 1 bomber and 2 explosives were found and destroyed.

Eight of 34 household calls were received regarding the supply of drinking water to the population. The rescuers made 7 door and 3 elevator openings.

The operative groups of the special unit of the Rapid Response Department of the Rescue Forces of the Service made 3 exits to carry out search and rescue operations in the territories under the control of Azerbaijan. A total of 1619 bodies have been found and evacuated since the ceasefire as of July 31.