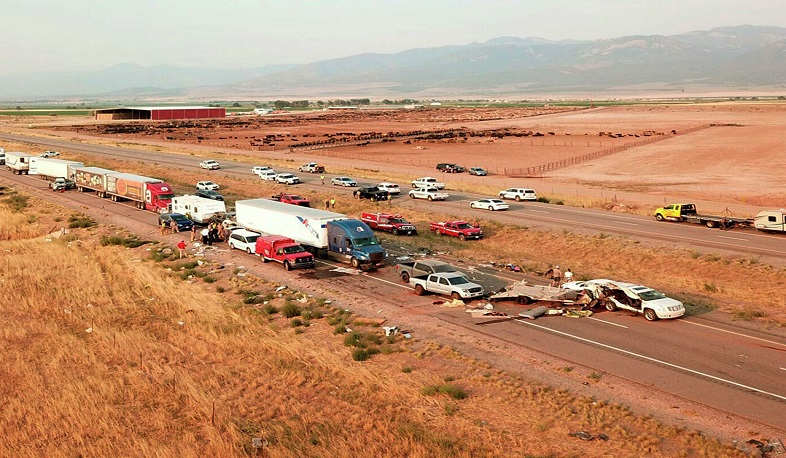 Eight are killed as sandstorm in Utah causes a highway pileup

At least eight people, some of them children, were killed and several others were injured when a sandstorm that blinded drivers led to a pileup in southwestern Utah, state officials said on Monday, The New York Times reports.

The Utah Highway Patrol said it appeared that 22 vehicles were involved in the crash on Sunday afternoon “after high winds caused a sand or dust storm and impaired visibility on the roadway.”

“No one could see, so people started stopping, and then you just get a chain reaction,” Trooper Andrew Battenfield, a spokesman for the Highway Patrol, said late Sunday night. “Nobody could see, and then all of a sudden, you’re slamming into a car,” he said. “It’s just a horrific situation.”

Five of the eight people killed in the crash were traveling in one vehicle, the highway patrol said on Monday. Two of the others who were killed were in another vehicle and the eighth person who died was in a third vehicle, the patrol said.

Ten people were taken to local hospitals, and three of them were in critical condition, officials said.

The crash, which happened around 5 p.m. local time, prompted the closure of parts of Interstate 15 in Millard County, between Salt Lake City and St. George. The Highway Patrol said the road would be closed in the area for a “significant time.”

The names and ages of the victims were not immediately available.

Trooper Battenfield said a “microburst of wind in an area that didn’t have a lot of vegetation” kick-started the crash.