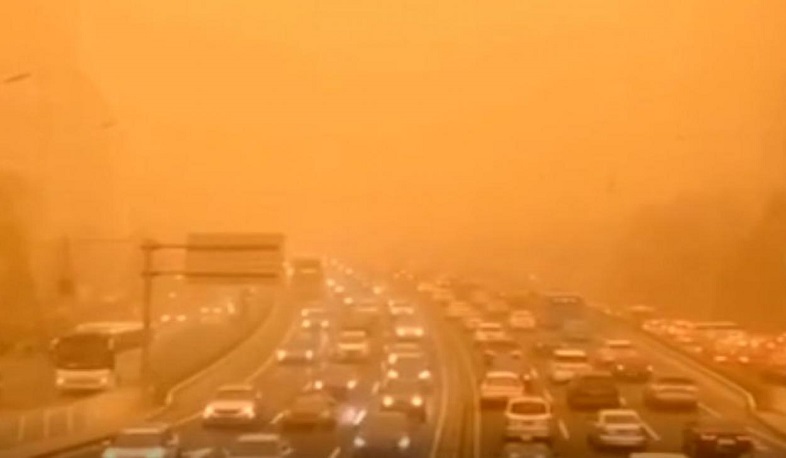 REUTERS. The Chinese capital Beijing was shrouded in thick brown dust on Monday (March 15) as a result of heavy winds blowing in from the Gobi desert and parts of northwestern China, in what the metereological agency has called the biggest sandstorm in a decade.
The China Meteorological Administration announced a yellow alert on Monday morning, saying sandstorms had spread from Inner Mongolia into the provinces of Gansu, Shanxi and Hebei, which surrounds Beijing.
Beijing's official air quality index reached a maximum level of 500 on Monday morning, with floating particles known as PM10 rising beyond 8,000 micrograms per cubic meter in some districts, according to the city's environmental monitoring center. The World Health Organization recommends average daily PM 10 concentrations of no more than 50 micrograms.
Beijing faces regular sandstorms in March and April due to its proximity to the massive Gobi desert as well as deforestation and soil erosion throughout northern China.
Views 49