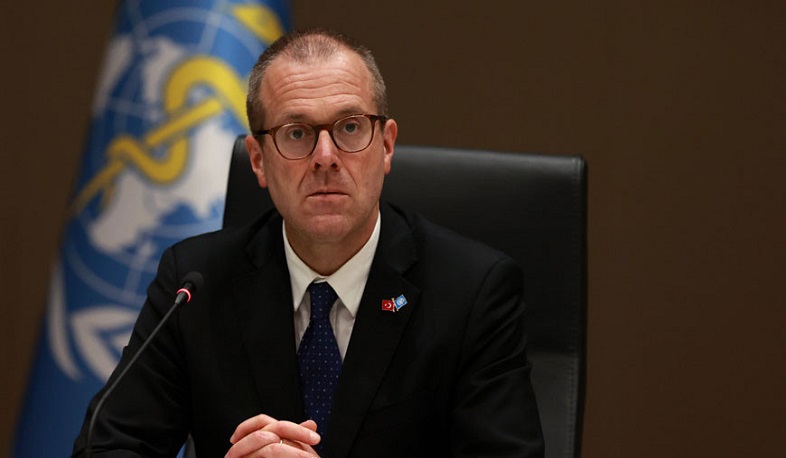 In European countries, 17% of the population are fully vaccinated against coronavirus: WHO

To date in the European Region, we have 55 million confirmed cases of COVID-19, and 1.2 million deaths. That’s 32% of cases reported globally, and 31% of all deaths, Kluge reports.

Overall, for 2 consecutive months we have seen a decline in terms of cases, hospitalizations and deaths. A total of 368 000 new cases were reported last week – a fifth of the weekly cases reported during Europe’s recent peak in April this year. For the first time since last autumn, new deaths dipped below 10 000 last week.

As of this week, some 36 countries out of 53, are easing restrictions due to declining COVID-19 cases.

However, the WHO official urges not make mistakes again.

He says that if we are to avoid another resurgence after the summer, we have to take last year's lessons on board: act fast on signals of increasing cases – expanding testing and sequencing; step up contact tracing and rapidly attain very high vaccine uptake in the most vulnerable populations.

“In 6 months, more than 400 million doses of COVID-19 vaccines have been administered in the Region. This summer, vaccination needs to happen at a much faster pace. As of today, 30% of people in the Region have received at least one vaccine dose and 17% have completed their series. Although we’ve come far, we haven’t come far enough,” Kluge says.

According to him, vaccination coverage is far from sufficient to protect the Region from a resurgence. The distance to go before reaching at least 80% coverage of the adult population, is still considerable.