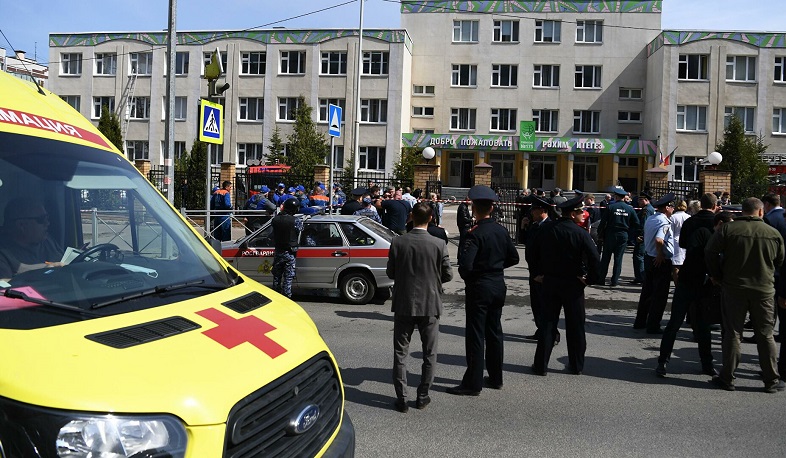 Nine people, including eight children, were killed in a shooting at a school in Kazan

A shooting at a school in Kazan, Russia has killed nine people, including a teacher and eight students. This was reported by the regional emergency service, RIA Novosti reports.

Earlier, it was reported that an unknown person opened fire near the school, and then an explosion took place. According to preliminary data, the shooter was a minor, who was detained. An evacuation was carried out at the school.

Twenty-one ambulances arrived at the scene. The President of Tatarstan, the Minister of Health and the District Prosecutor also arrived there.