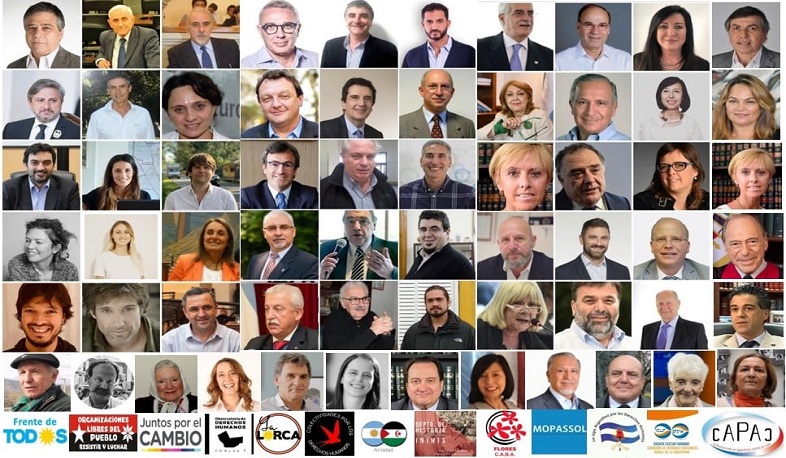 Argentine politicians, representatives of other circles call on Azerbaijan to speed up return of prisoners of war (POWs) and detained persons to Armenia

Argentine politicians, academics, human rights activists, journalists, cultural figures and various non-governmental organizations have issued a statement calling on Azerbaijan to speed up the return of prisoners of war (POWs) and detained persons to Armenia. The statement, which was signed by more than 100 individuals and organizations, reads:

“I, the undersigned organizations, structures and individuals, express our solidarity with the struggle of the Armenian community in Argentina for the immediate release of the Armenian POWs held by the Azerbaijani government in their country.

The behavior of the Azerbaijani authorities violates the 8th point of the trilateral statement signed on November 9, 2020, by the Prime Minister of the Republic of Armenia Nikol Pashinyan, President of the Russian Federation Vladimir Putin and President of the Republic of Azerbaijan Ilham Aliyev. It defines “the exchange of prisoners of war, hostages, other detainees and bodies,” and is a violation of international humanitarian law.

The governments of Armenia and Artsakh (Nagorno-Karabakh), the highest authorities of Russia, UN human rights experts, the European Court of Human Rights, the UN Secretary General and statesmen and MPs of dozens of countries on five continents expressed their views on the immediate release of all Armenian POWs held in Baku, taking into account that this commitment is not only an integral part of the ceasefire, but also a necessary means of easing tensions to mitigate the tragic consequences of the war.”

• Movement for Peace, Sovereignty and Solidarity among Peoples (MOPASSOL)

• Federation of Cultural Institutions of Immigrants of Belarus, Russia and Ukraine

• Friendship Committee with the Saharawi People

• Association for the Unity of Our America-Argentina

• Eduardo Valdés, President of the Foreign Relations Commission of the National Congress

• Matías Tombolini, Vice President of the Central Bank of the RA

• Eugenio Raúl Zaffaroni, Judge of the Inter-American Court of Justice

• Block of Councilors Together for Change Vicente López

• Claudio Frangul, President of the Block of Councilors of JxCambio La Plata

• Gonzalo Pérez Álvarez, director of the Institute for Historical and Social Research of the National University of Patagonia

• Dr. Mariano Eloy Rodriguez Otero, Director of the Institute of History of Spain, Faculty of Philosophy and Letters UBA

• Martin Rappallini, President of the Industrial Union of the Province of Buenos Aires

• Miguel Harutiunian, President of the Industrial Union of Tigre

• Patricio Colombo, President of the Industrial Union of Pilar

• Rubén Falabella, President of the Industrial Union of Zárate

• Víctor Kot, Secretary General of the Communist Party of Argentina

• Celina A. Lertora Mendoza Foundation for the study of Argentine and Ibero-American thought

The initiative is from IARA (Armenian Institutions of the Argentine Republic)