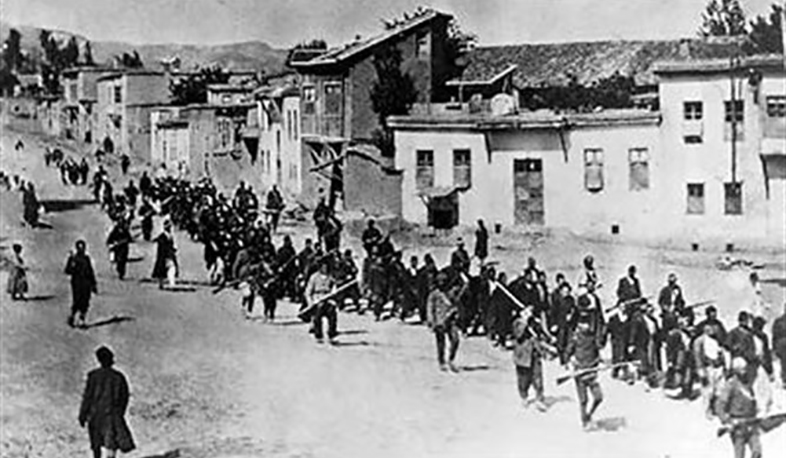 A group of Jewish and Israeli academics believe that Azerbaijan is behind a campaign to slander Armenia and have come to its defense. Op-ed.

We the undersigned are Jewish and Israeli scholars in the field of Near and Middle Eastern studies. We are writing this open letter in defense of the honor and good name of a people and their country near our homeland: Armenia. We are writing this because there has been a campaign in the Israeli and Jewish press, we suspect funded by the government of Azerbaijan, to slander and defame the Armenians. One such article appeared on the Arutz Sheva website,(which, it should be added, also posted several articles explaining the Armenian viewpoint) in an article by Paul Miller on 23 February 2021, in the Jerusalem Post and Tablet.
The Armenians are an ancient civilization, and were the first to accept Christianity as their national faith. The Armenian Quarter in the Old City of our national capital, Jerusalem, has existed for fifteen hundred years. For sixteen centuries Armenians have written their language, which is distantly related to Greek, in a unique phonetic alphabet whose shape a scholar-saint perceived in a mystical vision. They carve delicate filigree crosses of volcanic stone. They have illuminated manuscripts that are treasures of world art.
The Armenians love to get together for sumptuous, hospitable dinners. They are a very sad people: as the nations around them converted to Islam and they did not, they became an island ravaged by invasions and depopulated by exile. Having lost independence, without political and military power, they created, as our people did, a kingdom of creativity, of good deeds. The far-flung Armenian community excelled in business, in medicine, and in the arts and letters— their name for diaspora comes from the Hebrew word galut. Although Armenia has no indigenous Jewish community, the presence of Hebrew religious terminology in Armenian suggests some very early connections.
A century ago, Ottoman Turkish nationalists used the First World War as a pretext to exterminate the Armenians, who were accused, as Jews often are, of being a disloyal fifth column. Some of the Turks’ Azerbaijani cousins participated in anti-Armenian pogroms in various places including a region called Mountainous Karabagh. A generation after the events, a Polish Jewish lawyer, Raphael Lemkin, coined the term “genocide” to describe what had been done to the Armenians and what was happening in the Second World War to our own people in Europe.
A Czech Jewish novelist, Franz Werfel, wrote The Forty Days of Musa Dagh, a bestseller about the successful armed resistance of Armenian villagers to Turkish deportation orders. The book inspired both our Warsaw Ghetto fighters in 1943 and our Haganah as it prepared to fight a last stand on Carmel if the Nazis broke through to the Land of Israel.
In the wake of World War I, the Western powers courted Turkish friendship in the crusade against Communism. The United States abandoned its policy of advocacy of the destitute, homeless survivors of the Armenian massacres. At the eastern edge of historical Armenia, in the Soviet-ruled Transcaucasus, a little Soviet Armenian survivor state was founded.
It used to be said of Israel that it had more nightmares per square block than any other country. Armenia was somewhat like this: broken people beset by memories of horror, trying to plant trees, build cities, and make a new life. In Israel, we made the desert bloom; the Armenians did the same on their rocky soil, but they had to contend with collectivization, Stalinist purges, the heavy hand of Big Brother to the north, and the attentive ear of the secret police.
When the Soviet Union broke up, extreme nationalist ideologies and religious extremism rushed into minds vacated by seven decades of enforced Communist dogma. Pent up ethnic tensions erupted into war both inside and between many former Soviet republics, including the neighbors Armenia and Azerbaijan. The two newly-independent countries went to war over the Armenian-majority enclave of Karabagh in Azerbaijan, whose population had demanded autonomy. Some thirty thousand lives were lost; and the Armenians gained both Karabagh and a wide strategic buffer zone of the surrounding districts. Nearly a million Azerbaijani refugees were forced to flee their homes and farms.
Oil-rich, pro-Western Azerbaijan, which borders Iran, meanwhile became a trading partner and ally of Israel, offering our air force parking space near the Iranian border. The present Iranian regime spews anti-Semitic calumny and vows to destroy Israel: after World War II it would be insane not to take such existential threats seriously. Moreover, there is a large and very old Jewish community in Azerbaijan. We stress here that we do not take issue with the vital national interests of our country and we offer no apology to anyone on earth for defending ourselves.
In the autumn of 2020, Azerbaijan launched a war to retake Karabagh. Russia sold arms to both sides; Turkey massively supported Azerbaijan with men and materiel, including high-tech drones; and Israel, too, sold drones and other materiel to its ally. Russia has a defense pact with Armenia, but since Armenia proper was not invaded, Putin chose to stand aside. In this way he was perhaps pursuing a longer-term strategy of wooing Turkey away from NATO.
Azerbaijan inflicted a crushing and total defeat on the Armenians: Russia stepped in at the last moment to broker a ceasefire agreement and station some peacekeeping forces of its army in the area. This was not Israel’s war. We have correct relations with Armenia. We should not be taking sides.
Antisemitism is deep-rooted and endemic in Armenia, though no more so than it is in most Christian societies. Several of us, scholars in Armenian studies, have experienced such prejudice first hand and on numerous occasions. Unsurprisingly, the recent war served as a pretext for such attacks on Israel, notably in social media. Azerbaijan took advantage of this to mount a propaganda offensive in the Jewish and Israeli media. Articles ostensibly by various authors from different places seem, interestingly, all to harp on the same two or three points.
Full open letter here.
Views 4758