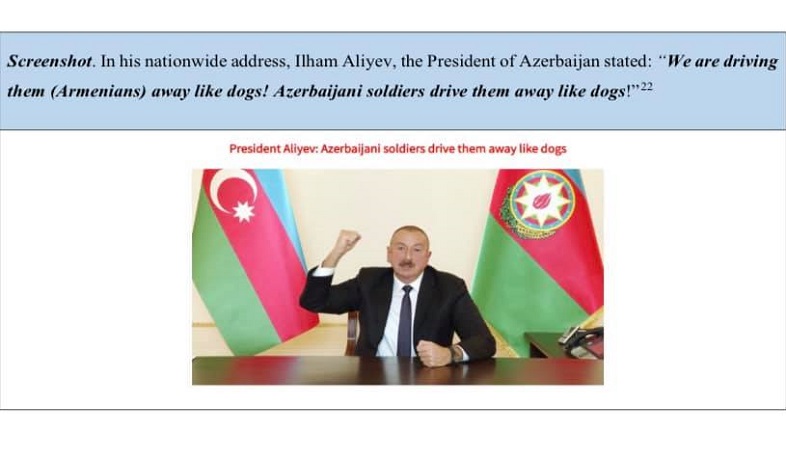 Azerbaijan pursues a policy of deep hatred and enmity towards Armenians at a high state level. Ombudsman

The President of Azerbaijan [and other authorities] speak of the entire Armenian people and population of Armenia with open threats of ethnic cleansing and genocide. The RA Ombudsman Arman Tatoyan wrote about it on Facebook.
"They openly insult the dignity of the Armenian people, incite hostility and do it to humiliate the personal dignity of every Armenian in the world, every person living in Armenia.
The monitoring of the staff of the Human Rights Defender of Armenia confirms that we are talking about a policy of deep hatred and hostility towards Armenians at a high state level. It is institutional in nature and is based on ethnicity and, in some cases, religious affiliation.
The comparisons of the September-November 2020 wars in Artsakh by the President of Azerbaijan with the Armenian Genocide in the Ottoman Empire and the massacres of Armenians in Baku should always be taken into account. For example, praising their organizers and performers on December 10, 2020, including members of the Caucasus Islamic Army.
It is a matter of principle that during this war, the Azerbaijani Armed Forces use the same words and expressions as the President of Azerbaijan when torturing Armenian soldiers and civilians, beheading them alive, mutilating the bodies of the victims and committing other atrocities.
Moreover, the expressions of the President of Azerbaijan and other public figures became slogans inspiring atrocities against Armenians in this war (for example, "Azerbaijani soldiers chase them like dogs", "Armenia is a worthless country ... it is an artificial state created on the ancient lands of Azerbaijan", "Azerbaijan is coming to end Armenian weddings", etc.).
In other words, it is obvious what the real causes of these war crimes are. Moreover, these Azerbaijani servicemen are proud of the atrocities, knowing full well that they will only be encouraged and praised for it in their own country.
I publish some evidence below, and the rest is reflected in the joint special report of the Human Rights Defenders of Armenia and Artsakh in 2020", the RA Human Rights Defender wrote. 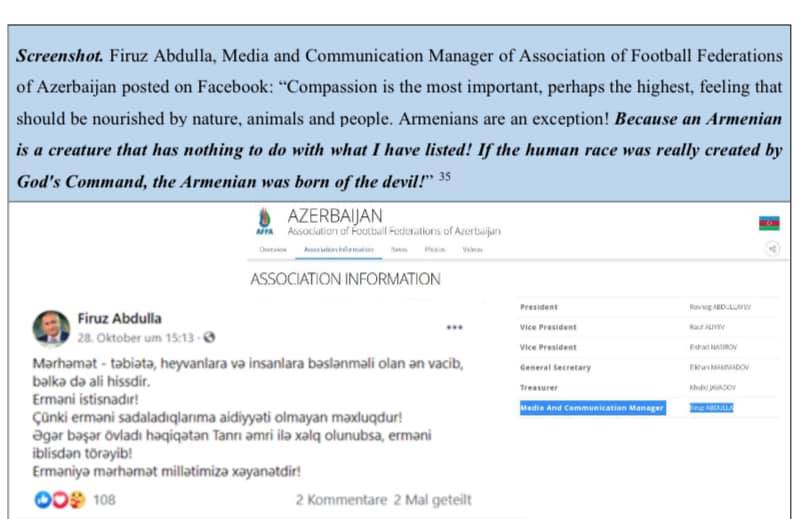 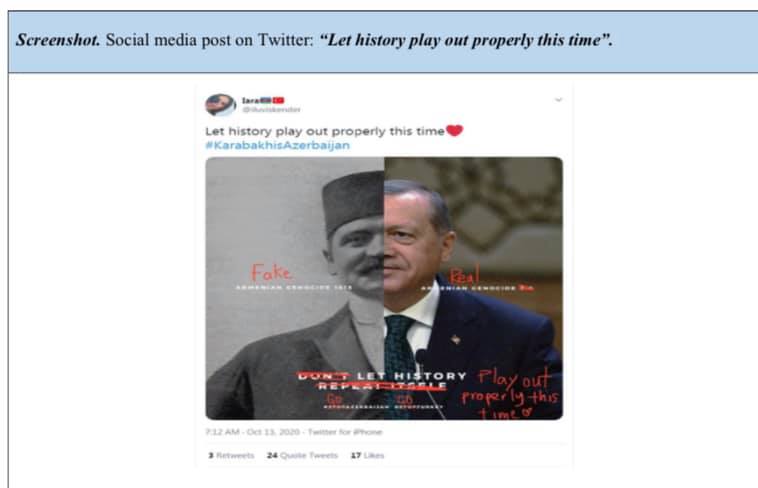 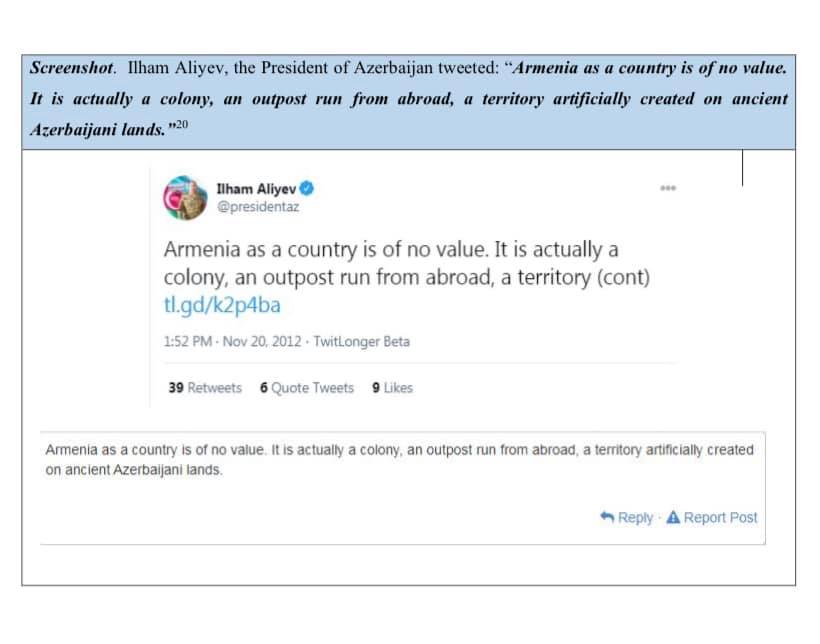