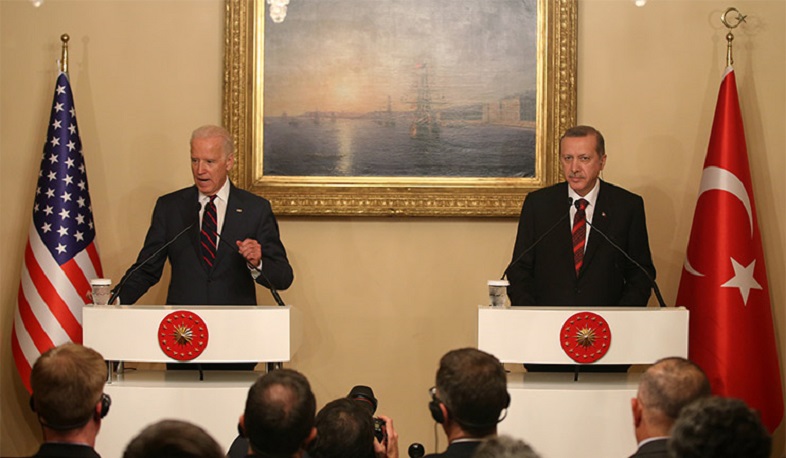 Past friction between Biden and Erdogan foreshadows future tensions. Axios

The incoming Biden administration's foreign policy priorities and worldview will collide with those of the Turkish government on several issues. Axios.com writes about this.

“Why it matters: The U.S. needs its NATO ally Turkey for its efforts to contain Russia, counter Iran and deal with other crises in the Middle East. But relations between Biden and Turkish President Recep Tayyip Erdoğan are expected to be strained.

Erdoğan forged close personal ties with Trump, who prevented the implementation of sanctions against Turkey over business dealings with Iran and its purchase of a Russian S-400 missile defense system. (The S-400 purchase did lead the U.S. to expel Turkey from the F-35 program.)

Flashback: Biden and Erdoğan have history. Back in 2014, a diplomatic crisis emerged between the two countries after Biden dropped a bombshell during an interview with the New York Times.

Full article of Axios is here