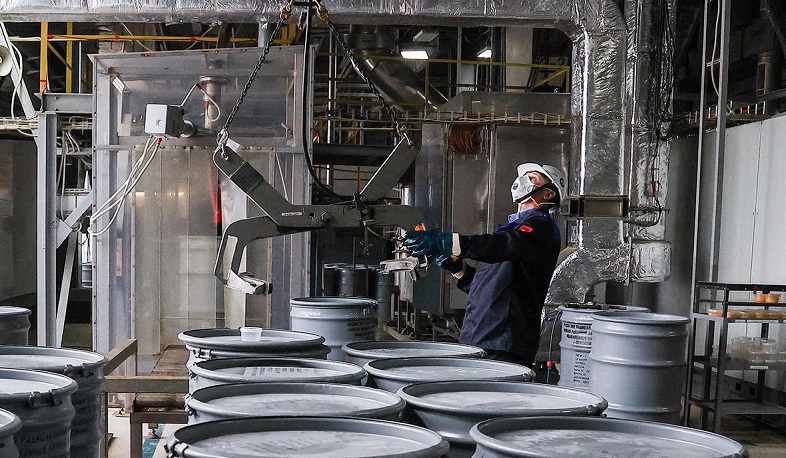 Russia has increased supply of uranium and palladium to United States

The US imported $732.4 million worth of goods from Russia in October, 2.2 times more than in September. This is a record volume in terms of money over the past five months, writes RBC with reference to data from the US Census Bureau.
Against the background of sanctions, deliveries from Russia to the United States are practically limited only to nuclear fuel, mineral fertilizers and platinum group metals. Thus, Russia has increased imports of enriched uranium (uranium fluoride) to $184.7 million. This is the highest since November 2016.
Russia has sold $189 million worth of raw palladium to the United States, the most since February of this year. The United States also imported platinum worth $34.7 million and rhodium worth $29.6 million from Russia. Deliveries of Russian mineral fertilizers turned out to be 29 percent more than in October last year. In ten months, US imports of Russian fertilizers totaled $1.36 billion, more than in all of 2021.
In total, in monetary terms, all imports of goods from Russia to the United States reached 732 million dollars in October, in September it was 332.1 million. Exports fell to 80.1 million compared to 90.4 million in September.
Views 152