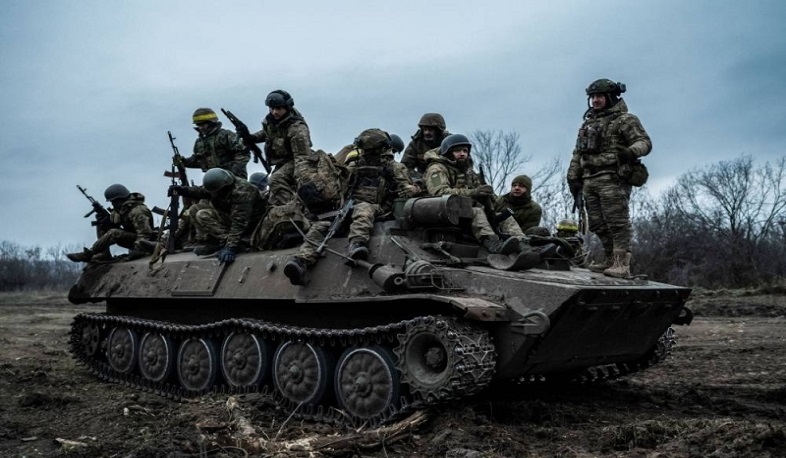 Russian forces have shelled the entire front line in the Donetsk region in eastern Ukraine, Ukrainian officials said, as part of what appeared to be the Kremlin's scaled-back ambition to secure only the bulk of lands it has claimed, Reuters reports.

The fiercest fighting was near the towns of Bakhmut and Avdiivka, the region's governor Pavlo Kyurylenko said in a television interview. Five civilians had been killed and two wounded in Ukrainian-controlled parts of Dontesk over the previous day, he said early on Friday.

"The entire front line is being shelled," he said, adding that Russian troops were also trying to advance near Lyman, which was recaptured by Ukrainian forces in November, one of a number of setbacks suffered by Russia since invading its neighbour in February.

"The Russians have intensified their efforts in Donetsk and Luhansk," Ukrainian presidential adviser Oleksiy Arestovych said in a video post.

"They are now in a very active phase of attempting to conduct offensive operations. We are advancing nowhere but, rather, defending, destroying the enemy's infantry and equipment wherever it tries to advance."

In an early Friday report, the Ukrainian general staff said its forces had attacked Russian positions and troop assembly points in at least half a dozen towns in the south of Ukraine.