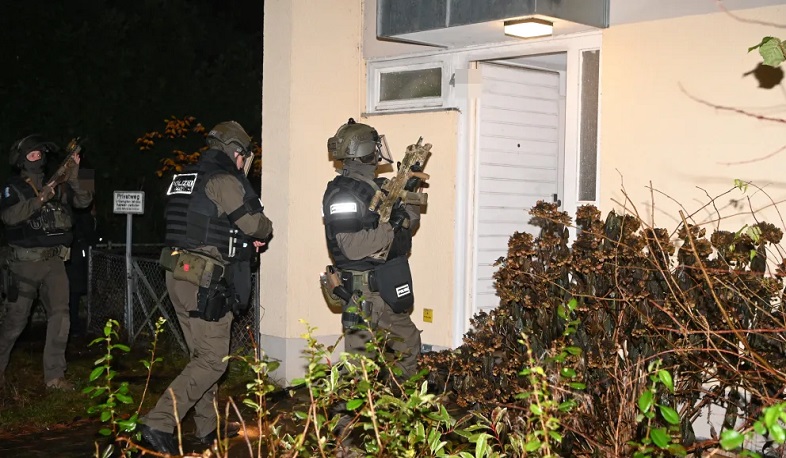 Arrests in Germany over coup plot

German police have busted a suspected terrorist cell accused of plotting a far-right coup to overthrow the government, kill politicians and establish a military regime, The National Interest reports.
Prosecutors said 25 people were arrested in early-morning raids on Wednesday in Germany, Italy and Austria. They revealed extraordinary details of a plot said to involve weapons training, planning for a military junta and attempts to win support in Russia. Some members are accused of making "concrete preparations to storm into the German parliament with a small armed group", prosecutors said.
The group allegedly included former soldiers and made particular efforts to recruit from the police and military, which have been plagued by extremist elements. It was said to be inspired by so-called Reichsbuerger (Citizens of the Reich) ideology, a movement which rejects the legitimacy of the post-1945 German state. Prosecutors said the plotters were also influenced by QAnon conspiracy theories and believed Germany was run by a "deep state".
One alleged ringleader is a minor prince called Heinrich XIII, who is said to have made contacts with Russia via an intermediary, a Russian woman called Vitalia. However, there was no evidence that his Russian interlocutors responded positively to him, prosecutors said.
Heinrich allegedly led secret meetings of the group's ruling council in which detailed plans were made for a military regime. It even mimicked a real government by appointing people to justice, health and foreign affairs portfolios, the federal prosecutors said.
The group's paramilitary arm had meanwhile gone as far as acquiring weapons, taking shooting practice and preparing to set up militias, they said. "Members of the organisation know that their intentions can only be carried out with the use of military means and violence against government officials," a statement said.
"The organisation knows that people would be killed, but accepts this because it regards it as a necessary step to change the system on all levels." In total, 22 suspected members and three suspected supporters of a far-right terrorist group were detained in the raids in 11 states.
Views 125