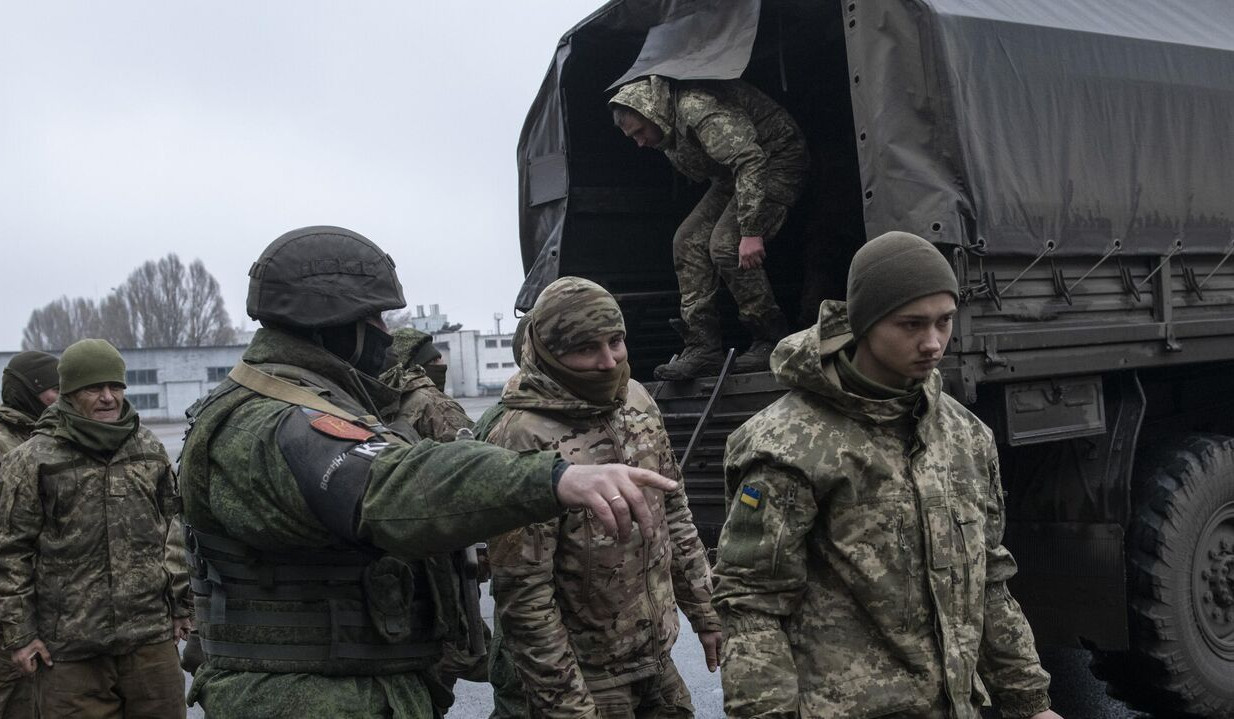 Russia and Ukraine swap 60 POWs each in latest exchange

Russia and Ukraine said on Tuesday they had exchanged 60 prisoners of war on each side in the latest of a series of such swaps, Reuters reports.

Russia's defence ministry said the 60 freed Russian soldiers would be flown to Moscow to receive medical care and psychological support.

In video shared by the ministry, men in military clothing were shown walking off a bus and making phone calls. "All is well, alive and well. I'll be home soon," one man said.

Ukraine's presidential chief of staff Andriy Yermak hailed the returning Ukrainians as heroes and said they included dozens who had held out in the city of Mariupol - including the besieged Azovstal steelworks - until Russia forced its surrender in May.

"We continue to return the defenders of Mariupol - in today's 'list of 60' there are 34 of them, including 14 from Azovstal. Some are wounded, and will receive all the necessary help in Ukraine," Yermak said.

Some of those released had been held on Russian territory and others in Olenivka, a prisoner-of-war camp in the Russian-occupied Donetsk region of Ukraine, he said.

Ukraine accused Russia in July of committing a war crime with a strike on Olenivka that killed dozens of prisoners. Russia said Ukraine had fired at the camp.

The two sides have exchanged hundreds of prisoners in a series of swaps in the past few months.