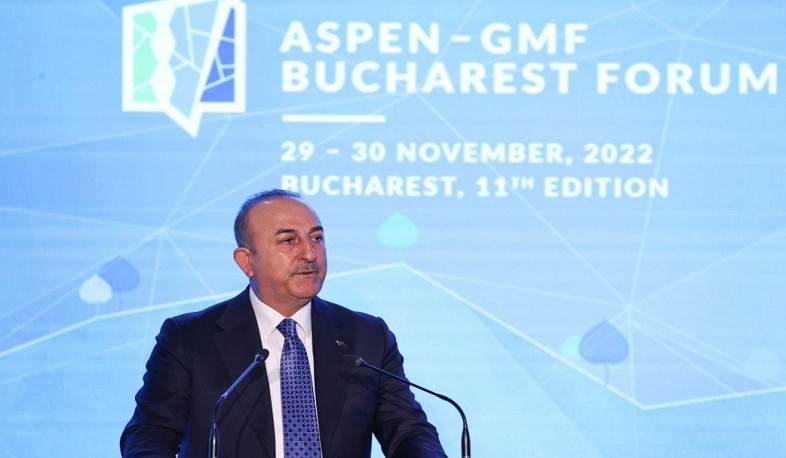 It is becoming more and more difficult to reach settlement of Ukrainian crisis through negotiations: Mevlüt Çavuşoğlu

Turkey stands for the soonest fair and peaceful settlement of the Ukrainian crisis and has been taking appropriate steps in that direction since the very beginning of the conflict. This was stated by Turkish Foreign Minister Mevlüt Çavuşoğlu at the meeting of heads of foreign political departments of NATO member states in Bucharest.

According to him, it is becoming more and more difficult to reach a settlement of the Ukrainian crisis through negotiations.

Çavuşoğlu drew attention to Ankara's efforts to settle the grain deal, exchange prisoners between Russia and Ukraine, negotiate with the leadership of both countries, considering them examples of diplomatic success.