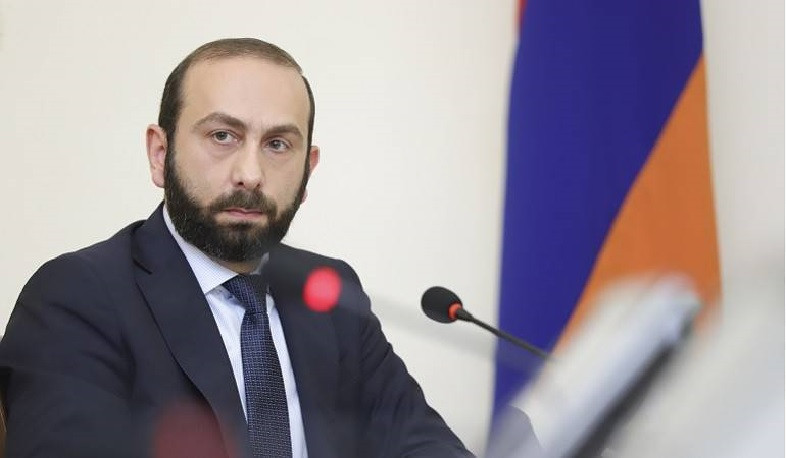 We have expressed our willingness to cooperate with international partners to support decoding of the transferred maps: Mirzoyan

Azerbaijan declares that Armenia refuses to provide accurate maps of minefields and continues to place new mines in the adjacent regions of Nagorno-Karabakh, resulting in many casualties. Armenia’s Minister of Foreign Affairs Ararat Mirzoyan addressed this issue in an interview with Armenpress.

“As you know, the Republic of Armenia has unilaterally transferred to Azerbaijan all the minefield maps it has, despite the lack of such a commitment both within the framework of trilateral agreements and international law. Moreover, we have expressed our willingness to cooperate with international partners to support the decoding of the transferred maps.

At the same time, I consider it necessary to emphasize that mines were placed in Nagorno-Karabakh and neighboring regions during the first Karabakh war, and this was mainly carried out by Azerbaijan, which controlled these areas during the first war. Calls for cooperation from the Armenian side remained unanswered and, moreover, Azerbaijan created obstacles to the implementation of demining works by all possible means. In 2017, as a result of the manipulation of the issue of providing assistance to Armenia in this field Azerbaijan even blocked the activity of the OSCE Yerevan office.

The International Committee of the Red Cross’ Report 2019 states that during their mission, 747 people became victims of landmines in Nagorno-Karabakh, 59 percent of whom were civilians, and this is despite the fact that the authorities of Nagorno-Karabakh have started calculating the number of victims from mine explosions only since 2004,” he said Mirzoyan.

As for Azerbaijan's publications that the Armenian side has placed Armenian-made mines in Nagorno-Karabakh, Mirzoyan said that the displayed mines were not found by the Azerbaijani side in Nagorno-Karabakh, but in the sovereign territories of the Republic of Armenia  occupied by it in 2021-22. And now it is trying to use them for propaganda purposes.

“We do not deny that Armenia’s Armed Forces carry out mine-laying works in the sovereign territory of Armenia, and this is due to the constantly high risk of new military aggressions by Azerbaijan, which we witnessed in May and November, 2021 as well as in September, 2022.

During this period, Azerbaijan also carried out similar aggressive actions in Nagorno-Karabakh, particularly in February and August of this year, thus proving that the population of Nagorno-Karabakh needs self-defense forces in order not to undergo ethnic cleansing. As for the accusations coming from Azerbaijan that units of Armenia’s Armed Forces continue to be deployed in Nagorno-Karabakh, this also does not correspond to reality in any way. In order to verify the authenticity of our claim, Prime Minister Pashinyan even offered to send an international fact-finding mission to Nagorno-Karabakh, which was rejected by Azerbaijani President Aliyev,” Armenia’s Foreign Minister noted.