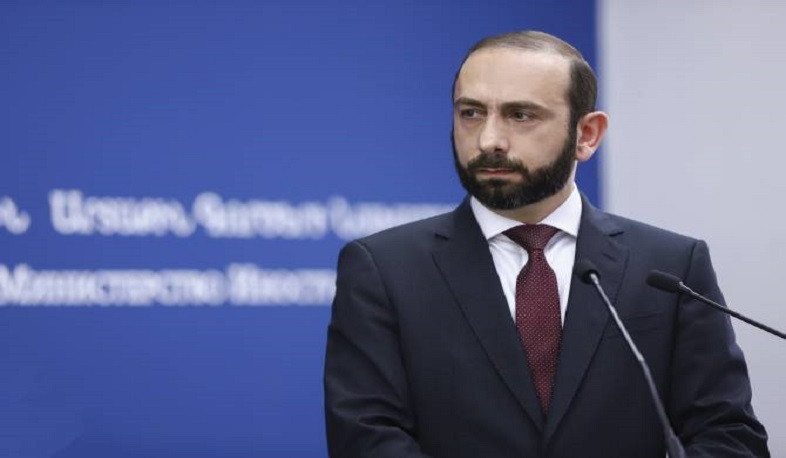 We hope to reach agreement as soon as possible: Mirzoyan about work on preparation of peace treaty

In an interview with Armenpress agency, Armenia’s Foreign Minister Ararat Mirzoyan referred to the statement of the President of Azerbaijan that Armenia recognized the territorial integrity of Azerbaijan.

The President of Azerbaijan also states that peace has been established around his country and there is no danger of escalation, then in response to another question, he states that if Armenia does not sign the peace treaty, there will be no peace. This means that the responsibility of any possible escalation is taken by the President of Azerbaijan from this point on, especially since Armenia is fully involved in substantive discussions on peace establishment,” said Mirzoyan.

When asked how Mirzoyan evaluates the ongoing work on the preparation of the peace treaty, the Minister said:

“As you know, we presented our proposals to Azerbaijan regarding the settlement of relations or the draft peace treaty and we only received their answers yesterday. So the discussions are ongoing.

We hope to reach an agreement on this issue as soon as possible, and the mediation efforts of our international partners can also play an important role in this process.”