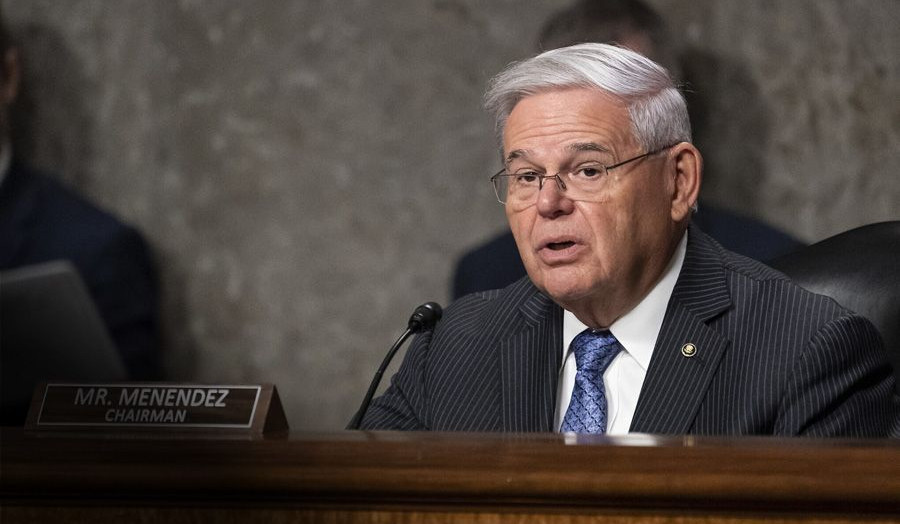 You have to recognize when there is an aggressor; Senator Menendez cites Azerbaijani aggression against Armenia

Assistant Secretary of State for European and Eurasian Affairs Karen Donfried and State Department Senior Advisor for Caucasus Negotiations Philip Reeker were witnesses at the November 16th Senate Foreign Relations Committee titled “Assessing U.S. Policy in the Caucasus”, ANCA reports
Chairman Menendez summed up their responses this way: “This has been one of the most disappointing hearings I’ve ever held, but it has crystalized some things for me. One is, it seems to me the United States is in bed with Azerbaijan.”
Citing Assistant Secretary Donfried’s testimony that the U.S. urges Azerbaijan to respect human rights, Chairman Menendez pushed back, “yet we give it money and they continue to do what they want. Money is fungible, and so whether it is direct assistance that can hurt Armenia or not, money is fungible”.
Calling the Administration’s annual waiver of Section 907 restrictions on U.S. aid to Azerbaijan “automatic,” Chairman Menendez asked, “how on Earth can the United State justify sending any kind of support, security or otherwise to a regime in Baku. It’s inexcusable. I personally think it’s morally repugnant and it makes a mockery of the FREEDOM Support Act.”
Chairman Menendez called out the false parity in U.S. statements, citing US apparent refusal to clearly and unequivocally condemn Azerbaijani aggression against Armenia and Artsakh.  “You have to recognize when there is an aggressor. If I am the recipient of the violence, and you are urging both sides to stop the violence, if there is one side that is the aggressor, you should direct your comments to the aggressor.  We seem incapable of doing that.”
Chairman Menendez was visibly angered by the lack of State Department investigation into Azerbaijan’s use of illegal munitions against Artsakh during the 2020 war.  “We have done NOTHING to verify the videos and evidence of cluster munition, of white phosphorus – which are illegal”, stated Chairman Menendez. He also called attention State Department inaction in the face of Azerbaijani torture, and murder of Armenian POWs, including the mutilation of a female Armenian soldier in September. “We have done NOTHING to verify the videos of the execution of Armenian soldiers, the abuse of female Armenian soldiers – we have done nothing.  I ask you, are you aware of the videos, [you respond] ‘yes’, but did we do anything to verify them, ‘no’,” stated Menendez.
Both Assistant Secretary Donfried and Senior Advisor Reeker evaded the Chairman’s questions on U.S. assistance to help the people of Artsakh and Armenia following the 2020 war and Azerbaijan’s ongoing attacks, with Reeker citing a paltry $2 million in U.S. demining assistance. “You come to a hearing in which you can’t even tell me, with any degree of specificity, what humanitarian assistance we are providing. So, it’s totally, totally unacceptable and you can tell the Secretary I will be looking for ways to express my dissatisfaction,” stated Chairman Menendez.
Views 368