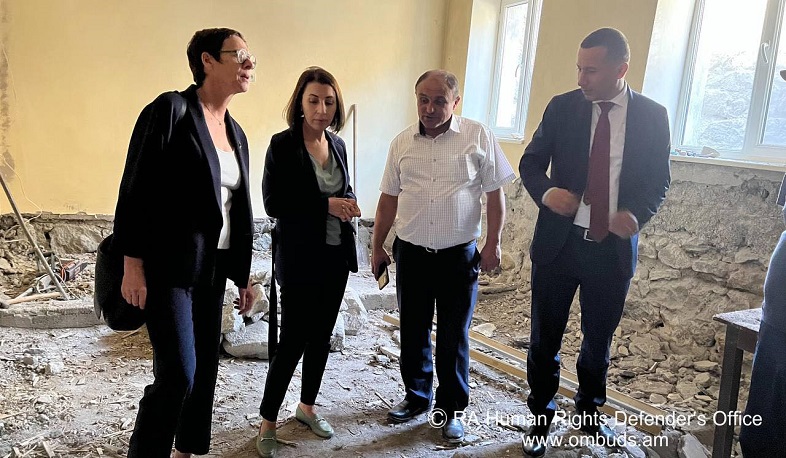 The Human Rights Defender Kristinne Grigoryan and French Ambassador to Armenia H.E. Anne Louyot visited the Syunik province on October 5, where they met with Syunik’s governor Robert Ghukasyan, and talked about the damage caused to the settlements of the region as a result of the aggression of the Azerbaijani Armed Forces between September 13-15.

The governor presented the current situation, noted the primary issues.

Then, accompanied by Syunik’s governor Robert Ghukasyan and Arush Arushanyan, head of Goris community, the Defender and the Ambassador visited the families affected by the targeting.

In the Verishen community, they met the residents of houses damaged by shelling and artillery bombardments as well as an injured civilian.

The latter received a shrapnel injury while doing agricultural work. 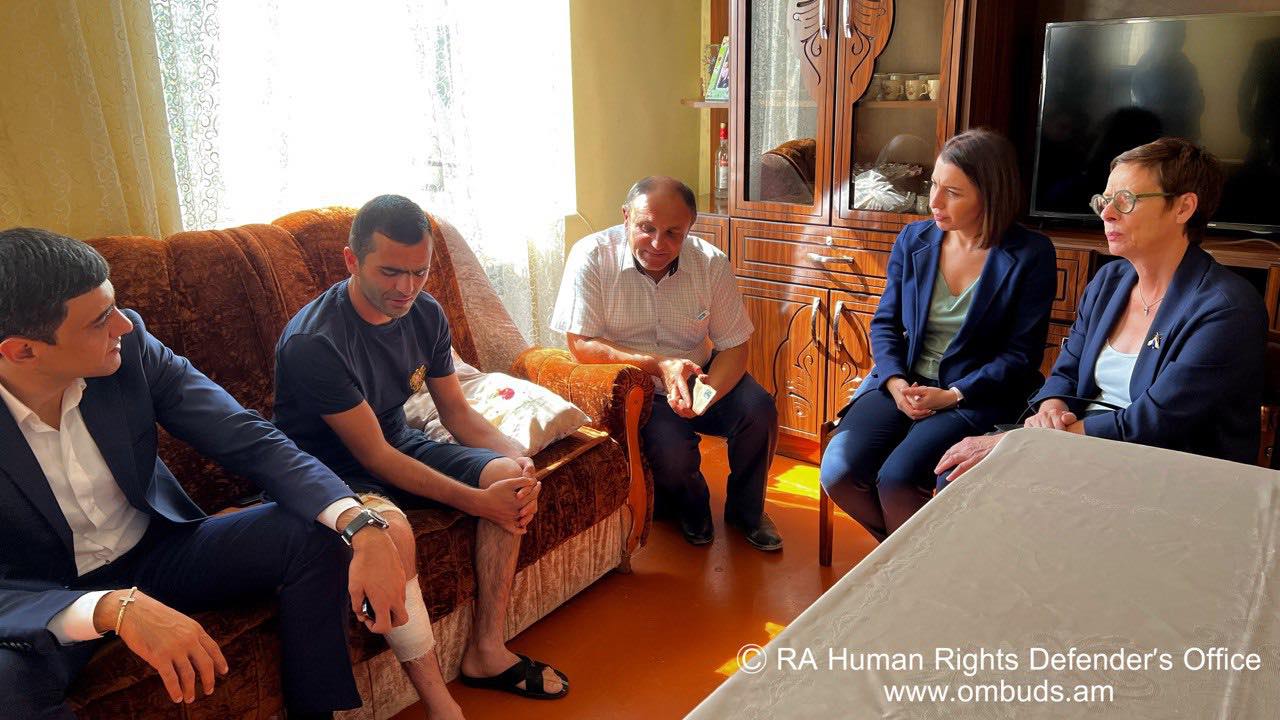 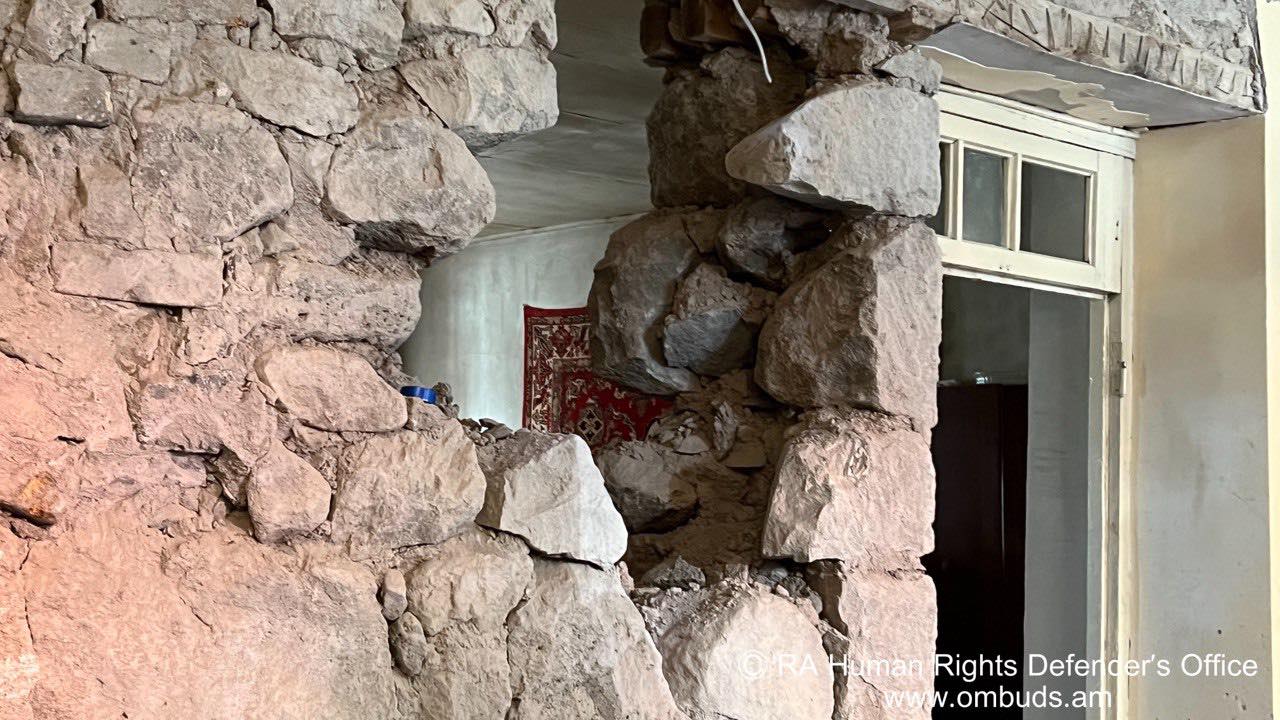 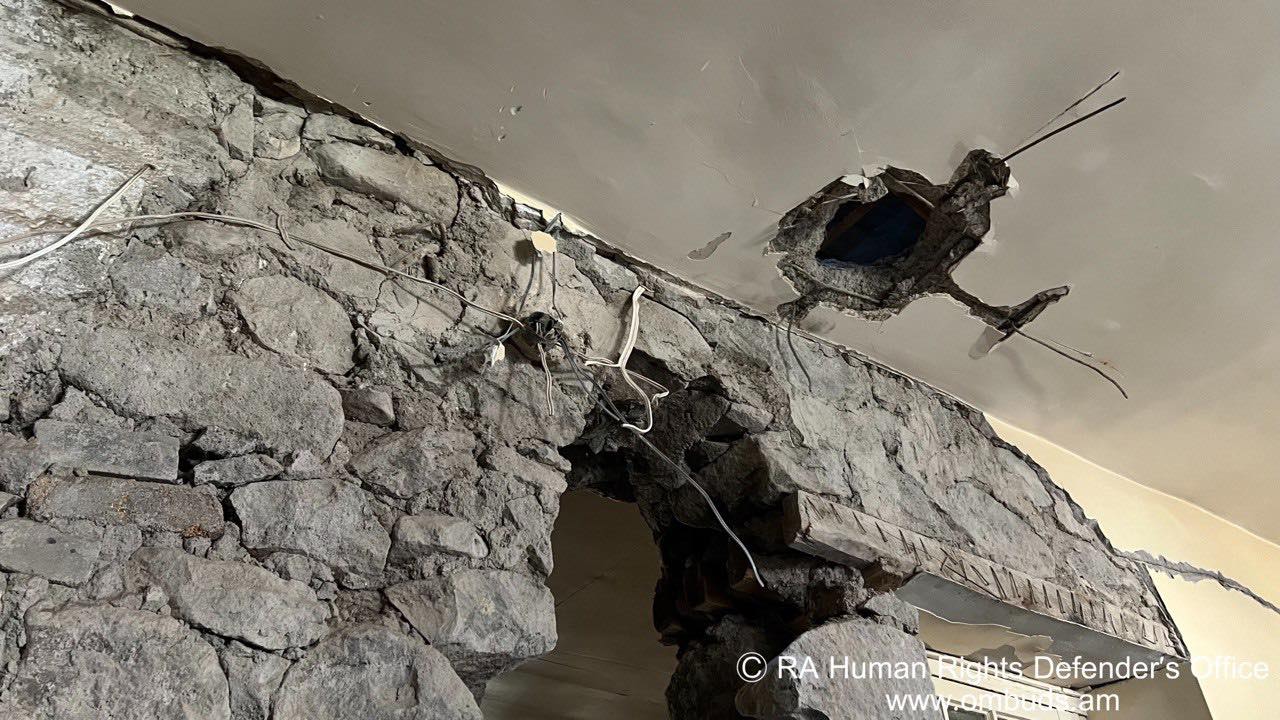 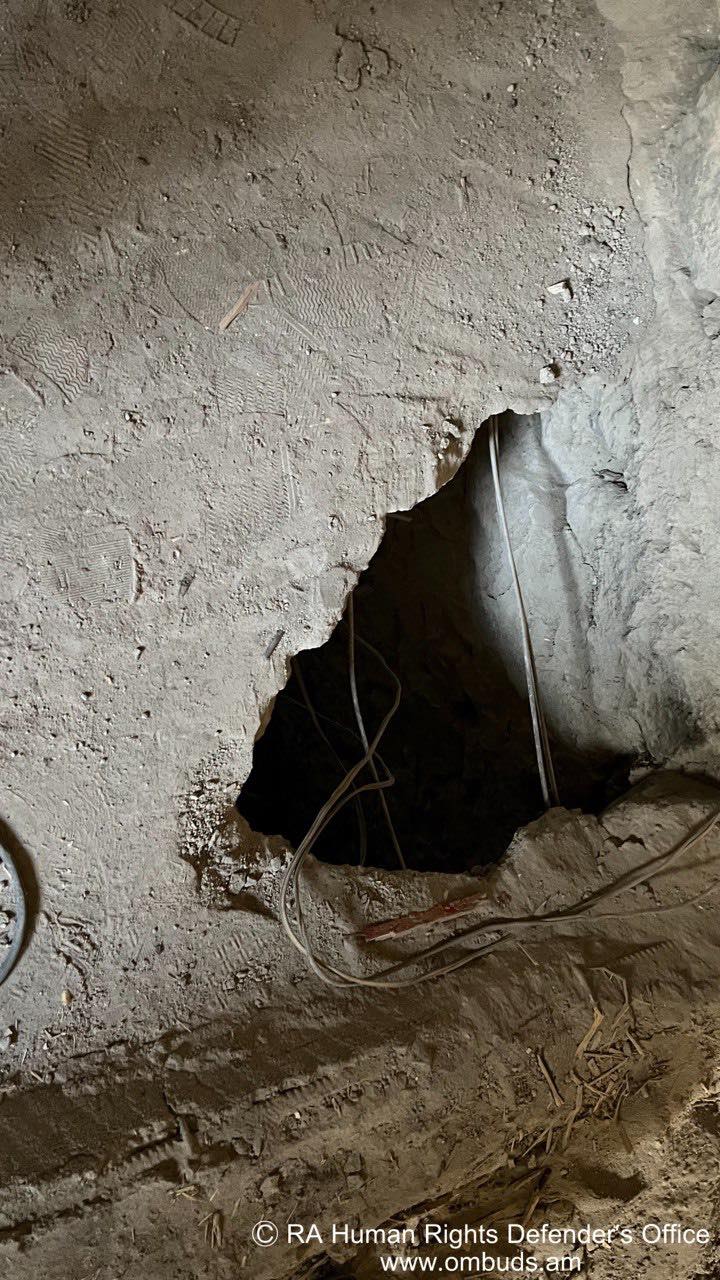