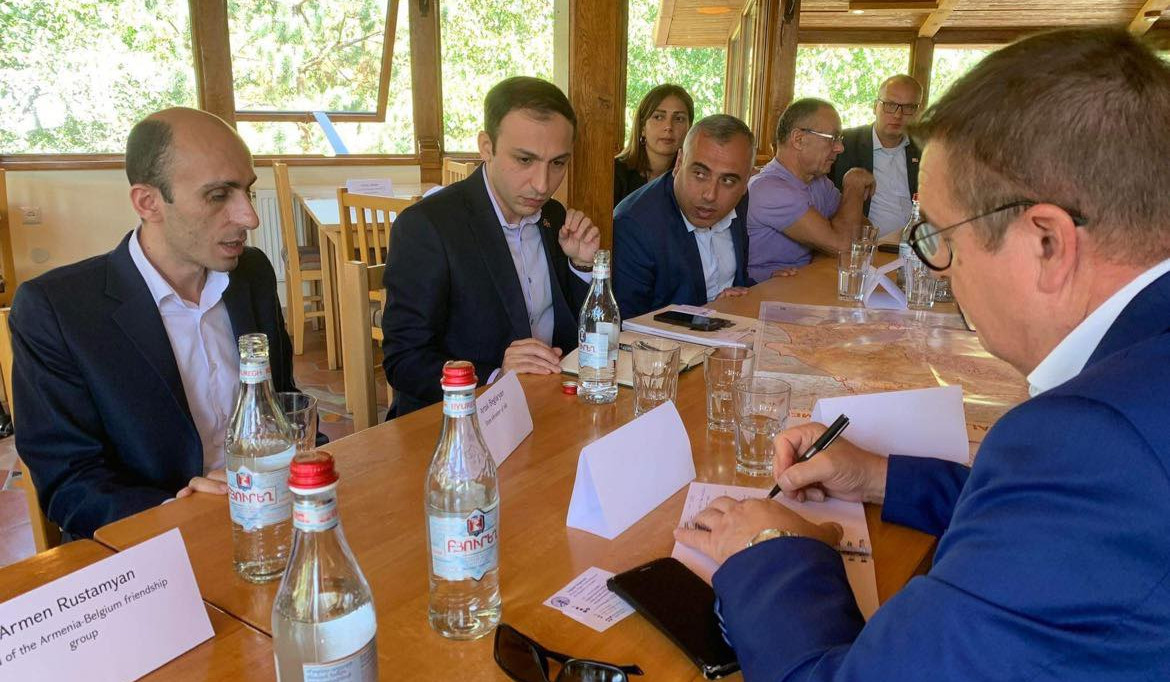 During the meeting Gegham Stepanyan presented details about the Azerbaijani war crimes committed during and after the 44-Day War, the human rights violations resulting from the consistent and systematic use of force and threat of force by Azerbaijan, as well as another Azerbaijani criminal acts aimed at disrupting the normal life in Artsakh.

The Ombudsperson said that in such situation all individuals and structures interested in human rights protection must come up with an agenda to protect the rights of the people of Artsakh and recognize their right to self-determination.

State Minister Artak Beglaryan presented Azerbaijan’s policy of ethnic cleansing in Artsakh and the security and humanitarian situation resulting from it, highlighted the necessity for practical actions condemning the aggressive behavior of Azerbaijan by the international community.

Aram Grigoryan welcomed the cooperation with Belgian parliamentarians and expressed hope that Belgian legislatives will use their opportunities and leverages to raise international awareness on Artsakh and support the process of recognizing the independence of Artsakh.