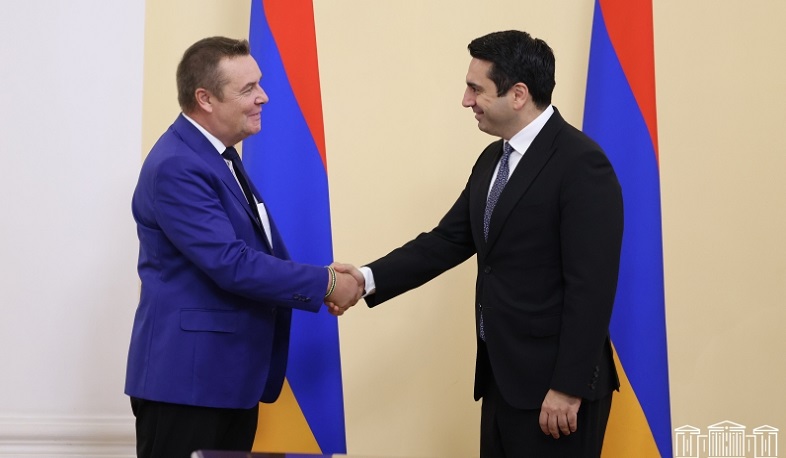 On September 22, the President of the National Assembly of the Republic of Armenia Alen Simonyan received the Delegation led by the Head of the Belgium-Armenia Friendship Group Mark Demesmaeker, Parliament's press office reports.
The RA NA President asked the Head of the Delegation to convey warm greetings to the President of the House of Representatives Éliane Tillieux and to the President of the Senate Stephanie D'Hose. He underlined that our country highlights the contacts with Belgium at high level. In this context the cooperation in the formats of Friendship Groups was considered as a key one. The RA NA President considered as a best example of cooperation Mark Demesmaeker’s joining the addenda proposed to the draft resolution presented by the Armenian side during the annual session of the OSCE Parliamentary Assembly held in Birmingham on 2-6 July 2022.
Issues relating to the security of Armenia and the guarantee of the rights of Armenian population of Artsakh were discussed at the meeting. “We expect that our Belgian colleagues will continue making efforts for the immediate return of Armenian prisoners of war and preventing the systemized destruction of Armenian historical-cultural and religious heritage in the territories of Artsakh that have come under the Azerbaijani control,” Alen Simonyan noted. He expressed confidence that like during the 2020 war, now as well the Belgian colleagues will raise their voice to condemn the aggression unleashed by the military-political leadership of Azerbaijan against Armenia.
Views 158