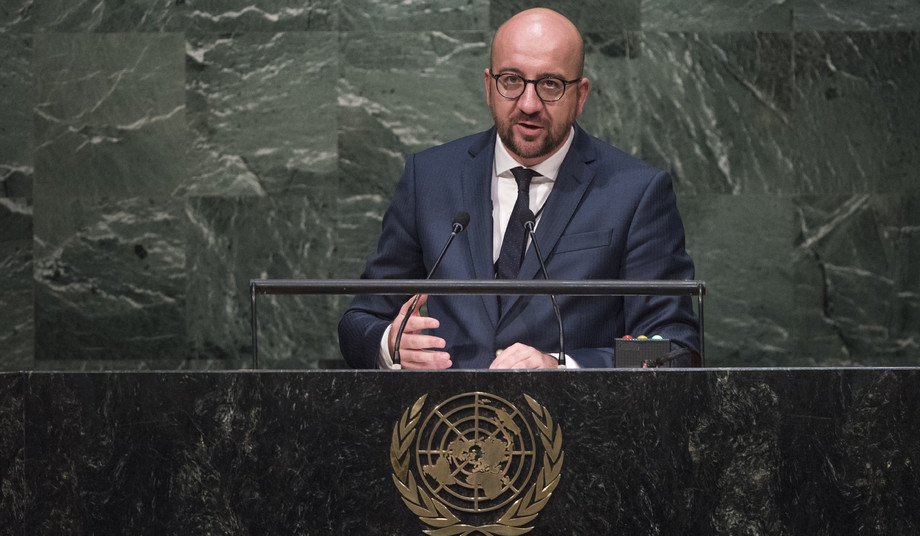 Europe should allow in Russian citizens seeking to flee the country, European Council President Charles Michel said, as he blasted Russia’s “web of lies” in an address to the United Nations General Assembly.

In an interview with POLITICO on the sidelines of the U.N. meeting in New York, Michel said that the EU should show an “openness to those who don’t want to be instrumentalized by the Kremlin.”

The announcement by Putin of a partial mobilization of troops earlier this week had changed the dynamic of the war, he said.

While Michel, who heads the European Council representing EU heads of state and government, said he was open to consultation with EU colleagues about how this can be achieved, he said: “In principle I think that … the European Union [should] host those who are in danger because of their political opinions. If in Russia people are in danger because of their political opinions, because they do not follow this crazy Kremlin decision to launch this war in Ukraine, we must take this into consideration.

“I agree on the idea that we should very quickly cooperate and coordinate because this is a new fact — this partial mobilization.”

Michel’s comments come ahead of a meeting of EU ambassadors on Monday organized within the framework of the EU Integrated Political Crisis Response (IPCR) — a mechanism that allows for rapid and coordinated decision-making at EU political level at times of crisis.

The question of whether to allow Russians to seek refuge in Europe is a complex one. This month, the European Union agreed to suspend a visa facilitation agreement with Russia, after several countries objected to Russian citizens visiting and holidaying in Europe when the Putin government is waging war in Ukraine.

But with Russian citizens now queueing up at the border to leave the country, the EU is facing calls to open its borders.

Ambassadors will likely discuss the options that might be available to the EU at Monday’s meeting. Among the possibilities is that the EU could grant humanitarian status to certain incoming Russian citizens, rather than refugee status. While the EU activated its special Temporary Protection Directive for the first time in its history in March, giving Ukrainians the right to live and work in the European Union for a set period of time, it is unlikely that such a scheme will be introduced for Russians.