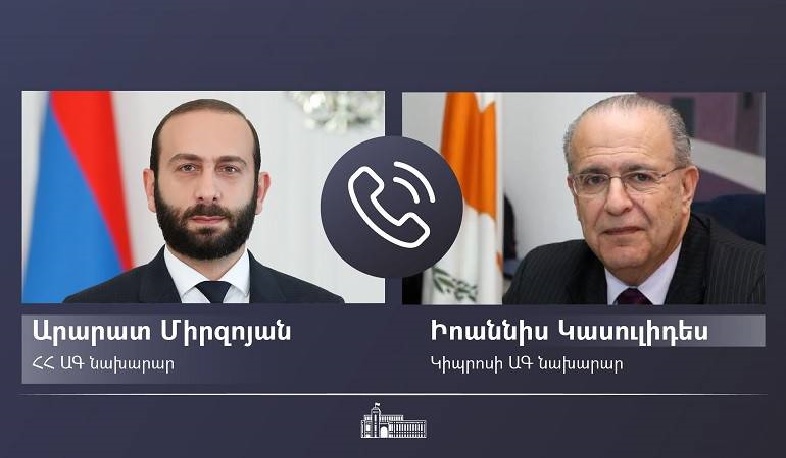 On August 18, Foreign Minister of Armenia Ararat Mirzoyan held a phone conversation with Foreign Minister of Cyprus Ioannis Kasoulidis, the ministry informs.
During the phone conversation, Ioannis Kasoulidis expressed his condolences regarding the human casualties caused by the explosion in the Surmalu trade center on August 14 and wished a speedy recovery to the injured.
The Foreign Ministers commended the high level of Armenia-Cyprus relations. Prospects for further expansion and strengthening of cooperation in bilateral and multilateral formats were discussed.
The interlocutors also touched upon issues of regional security.
Views 188