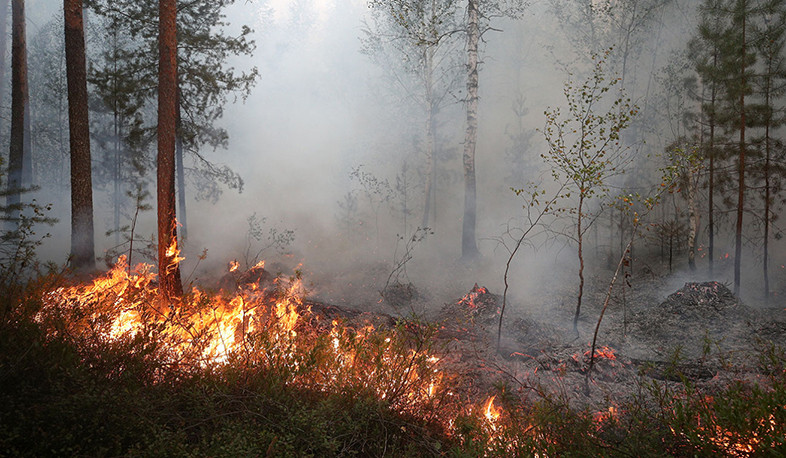 Reuters. Russia struggles with vast wildfires in the Western Siberian as temperature keeps soaring close to 30 Celsius (86  Fahrenheit).
Russian Aerial Forest Protection Service registered on Tuesday (August 9) 160 actively burning fires across the country, 64 of them in the Khanty-Mansi region.
Over 82,000 hectares (202,600 acres) of land were on fire in the region by Tuesday morning, with almost 189,000 thousand hectares (467,029 acres) in total in Russia, the service said.
According to Russian Emergencies ministry, over 1,500 firefighters are trying to contain the flame in Khanty-Mansi region but the majority of fires cannot be reached by land.
On Aug. 2 regional authorities declared a state of emergency.
The governor of Khanty-Mansi Natalya Komarova said earlier that the main cause for the wildfires were lightning strikes during an unusually dry and hot summer.
Author:Davit Muradyan
Views 43