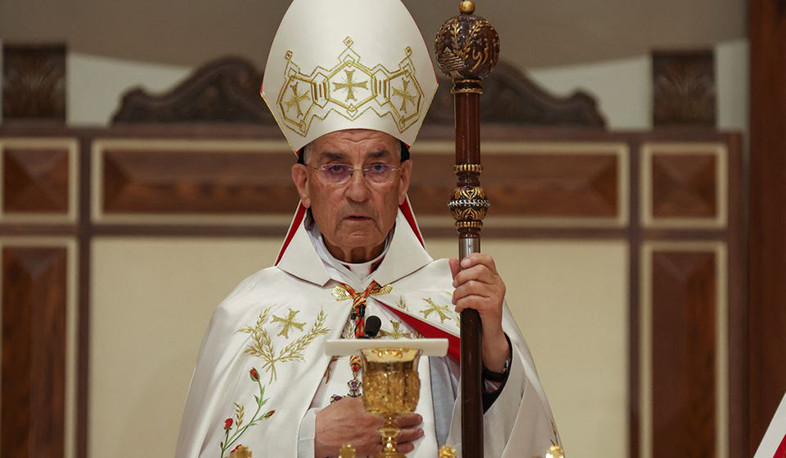 Reuters. Lebanon's top Christian cleric on Thursday (August 4) denounced his country's government for failing to bring to justice those responsible for the Beirut port blast, marking the huge explosion's second anniversary with demands for accountability.
Bechara Boutros al-Rai, in a mass commemorating its scores of victims, said God condemned officials who were stalling investigations that the government had no right to block.
The blast flattened swathes of the city on Aug 4, 2020, killing at least 220 people. One of the largest non-nuclear explosions in history, it was caused by massive stores of ammonium nitrate kept at the site and neglected since 2013.
Several senior officials have been accused of responsibility but, to date, none have been held to account - symptomatic, critics say, of a governing elite hamstrung by corruption and on whose watch Lebanon has descending into a deepening political and economic crisis.
As United Nations Secretary General Antonio Guterres also called for a proper investigation, Rai asked: "What more do you want, what more than this crime of the century, to act?"
A domestic probe into the causes of the explosion - and who was responsible for or negligent regarding the ammonium nitrate's presence - has been stalled for more than six months.
"The scars are still there. Internally, externally...," said Omar Jheir, the 42-year-old owner of a coffee shop in Beirut heavily damaged in the explosion.
"Especially (since) we haven't seen justice yet - so you feel like you're really worthless in the country."
Rai - who retains significant political influence under a national system of governance based on power-sharing among various sects - on Thursday reiterated a call for an international investigation.
Families of victims have pressed the U.N. Human Rights Council to establish an international probe and hope that lawsuits in other countries can shed light on myriad unanswered questions, including how many the explosion actually killed.
Guterres said Thursday marked "two years without justice," and called in a tweet for "an impartial, thorough and transparent investigation" - a plea echoed by the European Union's delegation in Beirut.
Pope Francis said on Wednesday he hoped the people of Lebanon could be comforted by justice over the blast, saying "the truth can never be hidden."
In a grim reminder of its impact, the remnants of massive silos heavily damaged in the explosion began to crumble this week.
A fire had smoldered inside for weeks, the result of summer heat igniting rotting and fermenting grain, officials said, adding that more of the structures could collapse at any time.
Author:Davit Muradyan
Views 9