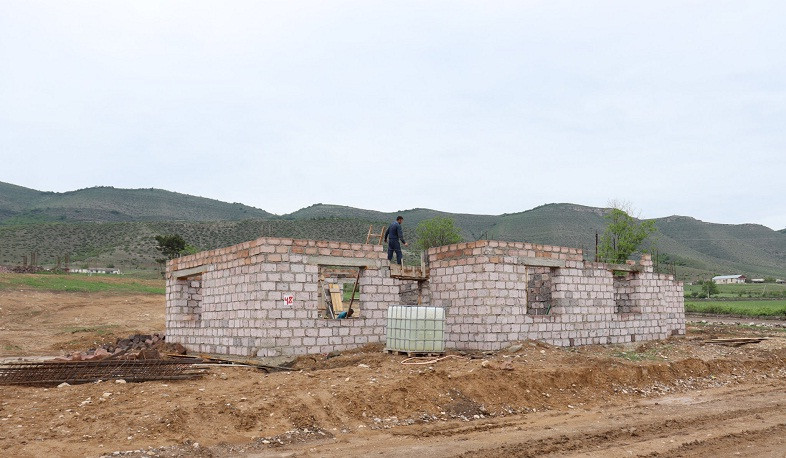 The construction works of a new residential district continue in the territory of Noragyugh community of Askeran region, Artsakh (Nagorno-Karabakh), Artsakh Ministry of Urban Development reports.

The district will consist of 145 one-storey and two-storey houses. In the first stage, 90 private houses are being built, 60 of which are planned to be put into operation by the end of the year.

The current works are at different stages at the moment, according to the private houses, respectively, earthworks, construction of foundations, laying of walls, and construction of roofs.

The Government of the Republic of Artsakh finances the construction of the district. The contractor is ‘Kapavor’ LLC.